Looking for Part-1 of the Spider-Man Retrospective? Click here, opens a new window!

Following 2007's Spider-Man 3, Sony Film Studios failed to reach common ground with director Sam Raimi over the future of the Spider-Man film franchise. In a recent interview, Sam Raimi revealed that he encountered difficulty writing the script for what would have been Spider-Man 4. Unhappy with his own work, Raimi refused to work on a sub-par movie and gave his blessing for Sony to mover forward with alternative plans to reboot the franchise. In the interview, Raimi also revealed that the fourth film would have features popular characters Felicia Hardy/Black Cat and popular villain The Vulture. Anne Hathaway and John Malkovich were alleged to have been considered for the respective roles. 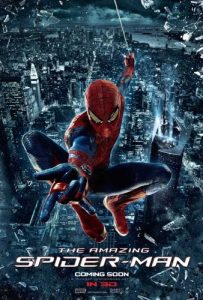 Spider-Man 4 had originally been scheduled for a 2011 release, but the drastic change in direction pushed the next film out until July 3, 2012. Directed by James Webb, The Amazing Spider-Man starred Andrew Garfield in the title role and Sally Field as Spider-Man's supportive aunt, May Parker. Though the film again covers the origin of Spider-Man, there is a new plot following his relationship with original comic girlfriend Gwen Stacy, here played by Emma Thompson, and Spider-Man's mentor/nemesis Curt Connors/The Lizard, played by Rhys Ifans. The movie went on to make nearly $758 million. 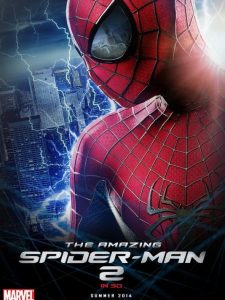 Sony and Columbia followed with a sequal, The Amazing Spider-Man 2, in 2014. Tom Holland returns as Peter Parker/Spider-Man, and this time must deal with new villain Electro played by Jamie Foxx, while also struggling with helping his former best friend, Harry Osborn (Dane DeHaan) who becomes the new Green Goblin. The movie was the first to cover the noted "The Day Gwen Stacy Died" issue of the comics. Though intended to broaden the film series and include future movies featuring Venom and the Sinister Six cadre, the movie underperformed and Sony returned to the drawing board.

Facing an uncertain future and frustrated fans, Sony and Columbia took a bold new step in the coming years. In early 2015, Sony and Disney announced a new partnership: Spider-Man was joining the Marvel Cinematic Universe! The deal facilitated by Marvel allowed Spider-Man to appear in Marvel Cinematic movies, along with other characters, in return for a sharing of profits. For the first time in film, Spider-Man now shared the screen with other famous Marvel characters like Iron-Man and Captain America, starting with 2015's Captain America: Civil War.

With Spider-Man now in the Marvel Cinematic Universe, Sony and Disney could create new adventures together. The new actor, Tom Holland, played a new superhero with the very familiar backstory, but now with Tony Stark as a mentor. Spider-Man: Homecoming explores this relationship with Spider-Man coming into his own as a hero while trying to protect his new mentor. As another first, Spider-Man has to confront The Vulture, a notable Spider-Man villain here played by Michael Keaton. 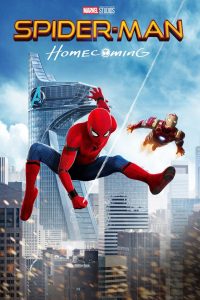 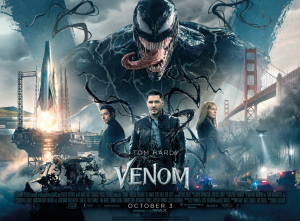 With the Marvel Cinematic Universe deal paying quite well, Sony and Columbia turned to other projects with new fervor. After years of languish, the studios finally green-lit and released Venom, starring Tom Hardy, and following the latest and most accurate portrayal of Spider-Man's onetime villain and occasional ally in a movie devoid of Spider-Man. The rated-R film was a surprise hit for the studios, and they plan on releasing a follow-up, Venom 2, in coming years.

In addition to Venom, Columbia and Sony also produced an animated film. Spider-Man: Into the Spider-Verse follows the young Miles Morales as he becomes a Spider-Man in his own right and, through interdimensional shenanigans, meets other such Spider-Man heroes. Into the Spider-Verse features a colorful and visually impressive design while retaining a very down-to-earth and heartfelt story. 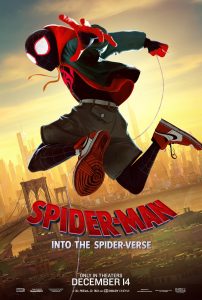 Spider-Man, Into the Spider-Verse

The latest adventure featuring Spider-Man released in the second half of 2019. Spider-Man: Far From Home follows Tom Holland's Peter Parker as he tours Europe with his classmates, while coming to grips with the loss of his mentor. As with the others, Far From Home found immense success, and despite recent contract arguments, there are plans for further movies involving Spider-Man in the Marvel Cinematic Universe. 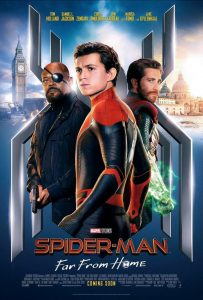 Stay tuned for the next segment of our Retrospective as we take a peek at some of the lesser known properties.

Looking for something else? As always, the St. Tammany Parish Library is happy to offer use of our online catalog, opens a new window for all of your inquiries on this and other interests. Happy reading!