Surprising perhaps noone, Marvel Comics also dabbled in bringing some of their properties to life in animated form. After the wildly successful 90's when Marvel released a connected universe of cartoons featuring the X-Men, Spider-Man, the Hulk, the Fantastic Four, and Iron Man, Marvel decided to transition to the big screen with their live action efforts, starting with Blade and eventually following that with live-action interpretations of the mainstays above. Shortly thereafter, Marvel struck a deal with Lionsgate to produce eight direct-to-video films under a new joint banner, MLG Productions. The eight films would consist of an interconnected universe to explain the origins of the Avengers and other related Marvel heroes, as well as telling various well known stories. This mission changed over time, as we shall see. 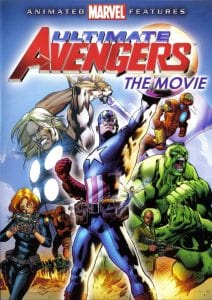 Ultimate Avengers was the first film on the block. Jumping straight into the deep end of the pool, MLG began production of this film for release in February 2006. This film took story cues from the then-recent introduction of the Ultimate Marvel Universe. The Ultimate Marvel universe introduced various changes to the Marvel status quo, fundamentally altering characters. The two most notable additions from this new universe were two prominent African-American characters: Nick Fury, heavily modelled after Samuel L. Jackson, and Miles Morales, who became the new Spider-man in 2011. 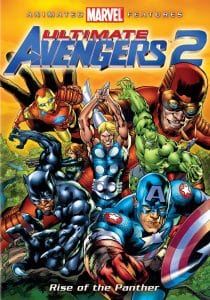 A few months later, MLG followed up with Ultimate Avengers 2 in August. Subtitled Rise of the Panther, the sequel included the original movie cast, with the additions of Black Panther and Giant-Man. 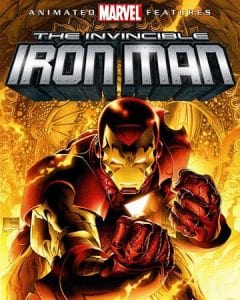 By late 2006, MLG experienced their earliest production hiccups with The Invincible Iron Man. Originally planned as in-continuity with the earlier films, The Invincible Iron Man instead told the origin of the titular hero in disparate unconnected fashion, despite sharing the same voice actor, Marc Worden. The film released in January 2007, during the ongoing production of the live-action Iron Man film. While perhaps truer to the classic comics, this film would be quickly forgotten in the wake of Robert Downey Jr's interpretation. 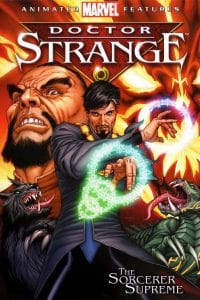 Years before Benedict Cumberbatch brought the Sorcerer Supreme to life in the Marvel Cinematic Universe, MLG created an animated interpretation that rehashes the origin story of Steven Strange in his transformation from arrogant surgeon to the world's greatest magic-user. Bryce Johnson plays Steven Strange and Doctor Strange: The Sorcerer Supreme released in August 2007. 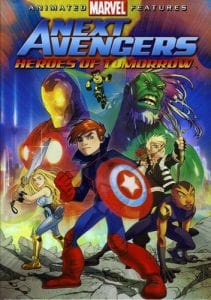 Four years before the Marvel Cinematic Universe gave viewers The Avengers, MLG was already tackling a second iteration, in the form of Next Avengers: Heroes of Tomorrow. This film was the low rung of the franchise (at least before the official cancellation of the project). After a titanic battle with Ultron, the original Avengers were defeated and some of their members even killed. Tony Stark remains alive and helps raise the offspring of his former coworkers, who must now come of age and help defend the Earth in their own way. Save the final film in the series, Next Avengers grossed a paltry $3.8 million. 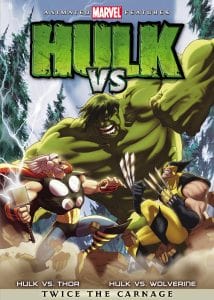 Despite later being released as a double-feature, Hulk vs Thor and Hulk vs Wolverine started as two separate movies. The first movie perhaps inspired certain aspects of Thor: Ragnarok and the brief fight on the Helicarrier in The Avengers, featuring Thor and the Hulk doing battle, before teaming up to fight Loki and the Enchantress. Hulk vs Wolverine is based on the infamous The Incredible Hulk Issue no. 181, the comic book introduction of Wolverine. This interaction is so far the only such between the two characters, despite shared storylines in the Old Man Logan comic, of which the movie is based on. 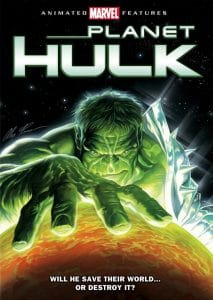 Marvel brought another well-known Hulk comic to the small screen with their adaptation of Planet Hulk. As Thor: Ragnarok would explore and adapt years later, Planet Hulk explored the fate of the incredible Hulk, banished from Earth to a far away planet. Wounded and weak, the Hulk finds himself enslaved for a gladiator pit, and as he recovers and gains notoriety, the Hulk must join forces with the downtrodden inhabitants to shake off the yoke of oppression and maybe find a way back to Earth.

By 2008, Marvel entered purchase talks with Disney, and a new trajectory became clear. Moving forward, Marvel Comics and Marvel Studios would work within their own system, fully funded and overseen by Disney. The Marvel Cinematic Universe also formally began with the premier of Iron Man to stellar reviews, and work was already well underway on The Incredible Hulk, Thor, Iron Man 2, and Captain America. The Marvel-Liongate Production cooperation had run its course, and the last movie launched with the partnership effectively dead and new plans already being dreamt. 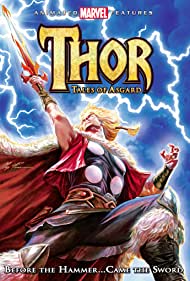 By 2010, Marvel Studios was well underway with production on Thor, starring Chris Hemsworth in the title role, alongside Tom Hiddleston as Loki, Natalie Portman as Jane Foster, and Anthony Hopkins as Odin. Knowing the movie would be showing the story of Thor's first visit to Earth, MLG and Marvel decided the animated film would serve as a prequel, detailing Thor and Loki's childhood and teenage years in greater detail and showing how Thor became the hero he already was at the start of the live action movie. Sadly, Thor: Tales of Asgard did not sell well, and that was the final nail in the coffin for MLG.

That's it for Part One. Stay tuned for Part Two when we wrap up the Marvel Animated Films.

Looking for something else? As always, the St. Tammany Parish Library is pleased to offer free use of our online catalog, opens a new window for more information on this and other topics you may be interested in.

Also feel free to check out the rest of the STPL Bloggers, opens a new window. We are always writing about a variety of topics and articles readers may find interesting. Check us out and feel free to leave a comment!