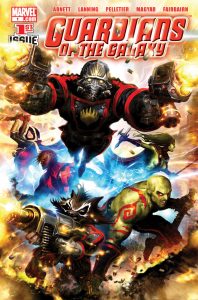 The Guardians of the Galaxy were always an eclectic group of oddball heroes, and much as with The Avengers, it took a while before they got a film treatment. Though originally introduced in 1969, it was not until 2008 and the introduction of a new lineup of team members before anyone started taking Marvel's irreverent team seriously.

During the early years of the Marvel Cinematic Universe, Marvel approached screenwriter Nicole Perlman to develop potential scripts for lesser-known Marvel works that could be produced. With Iron Man and The Incredible Hulk both successful, and the rest of Phase 1 well under way, Marvel was already thinking about what it could do with future films. Being a fan of science-fiction, Perlman chose to work on a script for the Guardians of the Galaxy, which ended up forming the basis for the eventual film. Marvel hired James Gunn to direct and by 2012, production entered full swing. 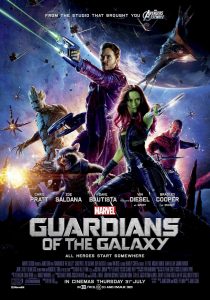 Guardians of the Galaxy

Unlike the previous Marvel films, Guardians of the Galaxy was a new IP and, despite being set in the Marvel universe, felt like an isolated adventure (though that would latter change). The film stars Chris Pratt as Star Lord, a 'Terran' abducted from Earth in the early 1980s and now living as a thief and space pirate. In his quest to retrieve a mysterious orb, he comes across and later teams up with other colorful characters, including Zoe Saldana's Gamora, Dave Bautista's Drax, Bradley Cooper as Rocket Raccoon, and Groot, who is voiced by Vin Diesel. These misfit Guardians decide to protect the orb, later revealed to house the Power Stone, from the clutches of various villains including Yondu and the Ravagers, the Collector, and Ronin the Accuser. The intergalactic film hit theaters in July 2014 and was among the biggest films of that year. More importantly, it proved that Marvel Studios could be successful with lesser known heroes and introduce these characters to a whole new audience. It grossed over $774 million in theaters.

Work on a sequel began almost immediately following the financial and critical success of the first movie. Before 2014 was over, James Gunn and all of the Guardians' actors announced they would return for a new film, as well as co-screenwriter Nicole Perlman. Joining the cast were two notable additions: Mantis played by Pom Klementieff and Ego the Living Planet voiced and played by Kurt Russel. In a major departure form the comics, Ego is revealed to be Quill's biological father, contrary to his original parent J'son (who is featured in the Guardians of the Galaxy comics and cartoon). 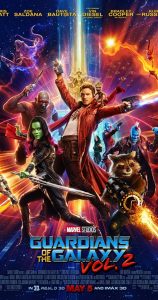 Guardians of the Galaxy

Guardians of the Galaxy Vol. 2, despite taking place during 2014 and having been released in April 2017, had no connective tissue with other Marvel movies that had come out since then (with a notable exception by Stan Lee), and the entire plot of the film is isolated from the events that had taken place on Earth since then, such as the Age of Ultron and the Civil War. Instead, the film centers on the Guardians during the peak of their career, working various jobs, when Peter Quill is tracked down by his father, Ego. Peter eventually learns that his father, a Celestial, is a god-like being the size and shape of a planet. The Guardians have to thwart his plan to take over the cosmos. The sequel proved even more of a hit than the original film, earning $863 million and cementing the Guardians' place in Marvel's pantheon.

As the Marvel Cinematic Universe reached its culmination with Avengers: Infinity War, the time finally came for the Guardians of the Galaxy to segue with the rest of the Marvel cast. In the film, the Guardians stumble upon Thor, recently defeated by the villainous Thanos (who also happens to be Gamora's adoptive father) and learn the threat posed by him to the entire universe. The Guardians team up with Thor and eventually other heroes like Iron Man, Spider-man, and Dr. Strange to fight Thanos and attempt to protect the universe.

The Guardians of the Galaxy also feature in the following film, Avengers: Endgame, with Rocket Raccoon and Nebula present throughout the film, and the rest of the cast joining by the end. 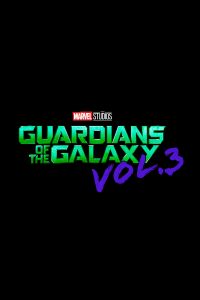 A third adventure was teased at the end of Avengers: Endgame. The rumor mill essentially confirmed that a new film was in pre-production as early as 2018. Barring off-set drama involving James Gunn, the entire remaining cast is expected to return alongside the director. Chris Hemsworth may or may not join the cast as Thor, as a future Thor movie, Thor: Love and Thunder, is also in pre-production. The new film, along with the rest of Marvel's Phase Four lineup, was formally announced in July 2019. Filming was expected to start in 2020, but the Covid-19 pandemic has thrown the entire schedule into uncertainty.

Stay tuned next month when we venture to the world of insects with Ant Man.

Also feel free to take a look at our collection of online blogs, opens a new window. We write about a variety of topics near and dear to our hearts that you might find useful!