As the years have gone by, various comic book producers have come and gone. Marvel Comics too once went by others names, including Timely Comics and Atlas Comics, before settling on the familiar brand. Over time, Marvel Comics has procured over comic book producers and maintained their imprints, including Image Comics/Icon and Malibu Comics. These two producers have in turn produced their own movies, which you can learn about below. 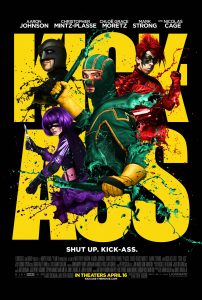 Icon began life as an imprint within Marvel Comics, created to provide creative outlets for certain writers and artists without the risk of said employees leaving to join the competition. One of the most successful comics, Kick-Ass, was written by Mark Millar and quickly developed a huge cult following. Universal Pictures and Lionsgate Entertainment immediately bought the film rights and production of the film began, right alongside production of the comic. The producer, Matthew Vaughn, worked closely with Millar to develop the film, treading the same ground while taking a slightly different route to the end. The final product, a black comedy satirizing the superhero genre, released in 2010 and proved quite successful and sparked interested in a follow-up. 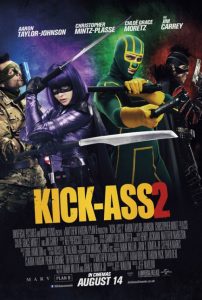 Work on Kick-Ass 2 began not long after the first movie premiered, and on a similarly small budget. Once again led by Aaron Taylor-Johnson and Chloe Moretz as the titular character and his partner Hit-Girl, the film attempted to up the stakes with a bigger plot and a few stars, such as Jim Carrey, thrown into the mix. Critical reactions to the film were decidedly mixed however, the film was generally seen as inferior to the original. Work on a third film, tentatively known as Kick-Ass 3, has been in various states of development since 2014, though official information is scarce. 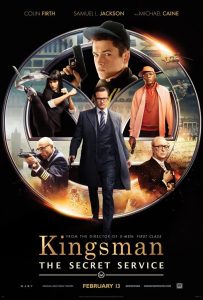 Also produced by Vaughn and starring Taron Egerton as protagonist Gary Unwin, this comic-turned-spy thriller satirizes and homages great spy classics like James Bond, featuring a thoroughly modern, and somewhat crass, secret service agency. Set up against the main antagonist, here played by Samuel L. Jackson, Unwin must put a stop to an evil plot involving the simultaneous murder of almost all humanity, in an effort to prevent human-caused global warming. Maybe that's a little drastic there, chief! 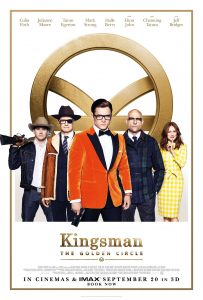 Against an $81 million budget, Kingsman was a huge success, earning over $400 million, and studio execs quickly greenlit a sequel. Egerton returns as Gary "Eggey" Unwin, and this time must stop terrorist organization The Golden Circle, led by drug cartel queen Poppy Adams (Julianne Moore). With a slightly higher budget of about $100 million, Kingsman: The Golden Circle found a similar level of success, also earning about $400 million. 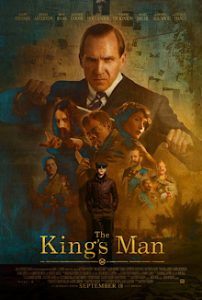 The latest, and as yet unreleased, film in the series is The King's Man. Originally scheduled to release in November 2019, a slight production delay pushed the film out of 2019's holiday season, and into the waiting jaws of 2020. Oh no! This star-studded prequel (including the talents of Charles Dance, Ralph Fiennes and Rhys Ifans) was pushed back to February 2020 and then September. Before fans knew it, the film had been pushed out of 2020 altogether! Several dates in 2021 followed, alongside regrettable Covid-19 related spikes, and the film is currently slated for release in December 2021.... hopefully!

Another series that garnered great attention, especially in the late 90s, was The Men in Black. 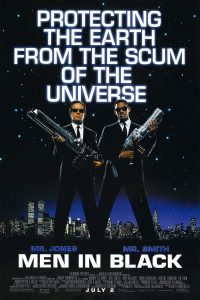 Based on the Aircel comic, later bought by Marvel, Men in Black was a loose adaptation. Centered mainly in New York, MIB focused on protecting Earth from aliens and ensuring that alien refugees could live peaceful and unobtrusive lives on Earth, through judicious enforcement of space-age tech such as the Neuralyzer. Starring Tommy Lee Jones and Will Smith, the film was a bonafide hit, scoring 92% on Metacritic, and securing a memorable plethora of licensed deals, including action figures, video games, and a cartoon. 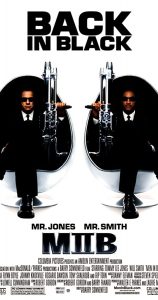 Production of Men in Black 2, with Smith and Jones returning, began almost immediately. Also set in New York, the movie was to feature a set-piece action scene near the World Trade Center. In the wake of the September 11th attacks, the scene had to be reshot. Regardless, of the reshot and mixed reviews, the film was another bonafide hit, earning four times over its cost. 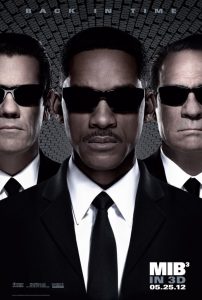 Men in Black 3 did not reach theaters until nearly a decade later. Once again produced by Steven Spielburg, Smith and Jones reunite again as Agents J and K. They are tasked with stopping an alien criminal from going back in time and changing history. Chasing him through time, Agent J must work with a much younger Agent K, played by Josh Brolin, to stop the nefarious plot. 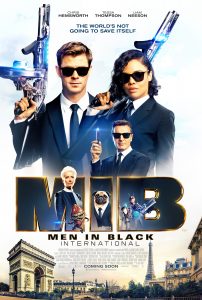 The latest, and so far final, film in the series is Men in Black: International. International's place in the film series is a debated topic, having been both referred to as a sequel and a reboot. Starring Chris Hemsworth and Tessa Thompson (both fresh from Thor: Ragnarok), the movie features  Hemsworth and Thompson as Agents H and M, tasked with protecting the world from invading Hive aliens. The film did not perform nearly as well as anticipated, coming up just short of matching its overall budget, or perhaps barely breaking even. In spite of the dulled success, audiences and critics alike praised both Hemsworth and Thompson on their performance.

And that's all for the Other Imprints! Tune in next time when we discuss the Marvel Animated Movies.

Also feel free to check out our collection of online blogs, opens a new window! The STPL Bloggers are always writing about fun and interesting topics, so keep checking back for more content.