Fans today are living in a Golden Age of movies based on comic books. Kids, teenagers, and adults have grown up on the exploits of superheroes since the 1910's, and more recently, in film as well. Among the various comic book producers, few were as prominent and beloved as Marvel Comics. It was small wonder that they too began producing movies of  their own.

As Blade entered the final stages of production, Marvel Studios began work on a more ambitious project with one of their better known superheroes. Hot off the hit 1990s cartoon, Marvel teamed up with 20th Century Fox to produce X-Men. 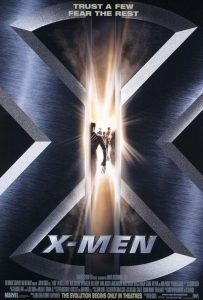 Released July 14, 2000, X-Men was a glorious birth of a hit franchise, one of the longest continually running up to this year. On a $75 million budget, the film brought in $296 million and was a hit for the studio. Fans were treated to exacting performances by Ian McKellan as Magneto and Patrick Stewart as Professor Xavier. Most notably perhaps was the introduction of Hugh Jackman as Wolverine, without doubt the most popular character of the movie who would go on to lead the franchise.

X-Men, along with Blade, proved that Marvel Studios was capable of consistently making good, well-received movies that had appeal in wide audiences. This success led to further movie deals, most notably the Sony-distributed Spider-man films, as well as several sequels to X-Men. 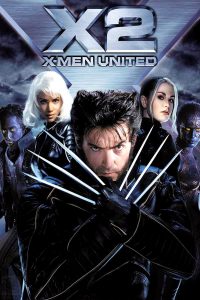 In 2003, Director Bryan Singer returned with X2: X-Men United. X2 returned the ensemble cast in a new adventure where Professor Xavier is captured by a government scientist and the X-Men are forced to work with Magneto to save him and prevent mutant-kind from being wiped out. Against a $110 million budget, the film earned over $400 million, cementing the X-Men franchise in the annals of comic book movies. 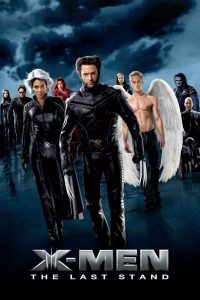 Following X2's success and cliffhanger ending, Fox released X-Men: The Last Stand as the then-final movie of the trilogy. On a $210 million budget, the film brought home $459 million, a larger sum overall, but less profit. The Last Stand ended the conflict between Professor Xavier and Magneto, while introducing new characters like Kelsey Grammer's Beast. The film did not enjoy the critical success of the two earlier films, although that did not dissuade Marvel and 20th Century Fox from producing more films. 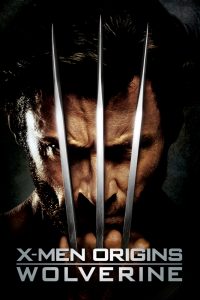 In 2009, Marvel and 20th Century Fox teamed up again to deliver X-Men Origins: Wolverine. Starring Hugh Jackman in the title role, the studios intended for this to be the start of a new series of films, exploring the roles of various prominent X-Men, and how they joined or opposed the group. The film saw Wolverine's childhood alongside his retconned brother Victor Creed/Sabertooth as they coexisted through the decades, fighting in numerous wars before joining Project X. Audiences were treated to several new characters, including Ryan Reynolds in his first outing as Wade Wilson, the mercenary who became Deadpool. Against a $150 budget, the film earned $373 million, but was the worst received film to date, with many critics and fans complaining about the treatment of various characters, including Deadpool. More on that later though.

In the wake of the film's critical disappointment, Marvel Studios found itself being purchased by Walt Disney. During this time, Marvel had begun work on other superhero films, but control of the X-Men franchise remained with 20th Century Fox. In an effort to remain competitive against the success Marvel was having with Iron Man and Sony's rumored plans of more Spider-man movies, 20th Century Fox decided to develop several prequel movies, exploring the origins of the X-Men; the First Class films, but we will discuss those in greater detail in another blog.

Although Jackman returned with a brief cameo as Logan / Wolverine in X-Men: First Class, Marvel and 20th Century Fox decided that Wolverine's story was not done, nor the rest of his original co-stars. In 2013, fans got to see The Wolverine. 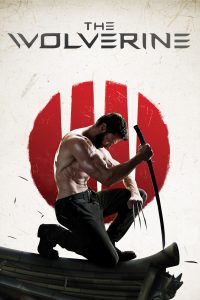 The Wolverine follows several years after the events of The Last Stand. Unable to come to peace with the death of Jean Grey, Logan is living in rural Canada when he is tracked down by associates of Ichiro Yashida, a Japanese soldier he knew from the Second World War. Yashida offers to end Logan's suffering by removing his healing powers, but Logan is tricked and must defeat Yashida while protecting his granddaughter from his madness.

Against a nearly $132 million budget, The Wolverine earned over $400 million and was praised by fans and critics alike. Although it alluded and contributed to the next film in the First Class series,, opens a new window The Wolverine was followed by Jackman's final outing as the beloved character, in 2017's Logan. 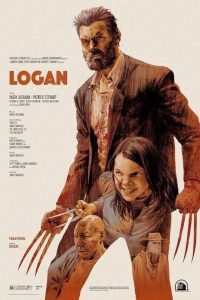 Logan, opens a new window sees Wolverine in 2029 in the midst of a mutant apocalypse. No mutants have been born in twenty five years, Professor Xavier is 90 years old and suffering from dimentia, and Wolverine is succumbing to poisoning from his signature adamantium, which is finally causing him to age and sustain injury.

Logan represented the finale of Wolverine's story, as well as Jackman's last outing as the famous X-men member. There are more movies however, and we shall discuss those in greater detail with X-Men Part 2.

Looking for something else? Want to see what other Marvel items in our inventory? The St. Tammany Parish Library is happy to offer use of our online catalog, opens a new window for any and all searches you may be interested in.