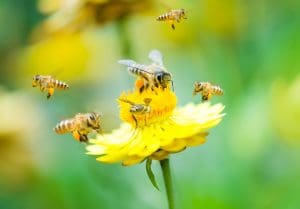 If there's any group of creature that outnumbers humans on this planet, it's insects! Insects were among the first kinds of animals to live in the air, having ultimately evolved from aquatic arthropods. Though similar to other arthropods, such as centipedes, spiders, and scorpions, these creatures belong to different orders of creatures. The earliest insect fossils date back as far as the Devonian period, and insects predate the arrival of dinosaurs, crocodilians, and even amphibians.

The largest known insect, the gryphonfly, hailed from this period. The gryphonfly, order Protodonata, could reach wingspans exceeding 71 centimeters, making them by far the largest insects to have ever lived; large enough to pose a serious threat to most common pets today!

The arrival of tetrapod animals, such as the aforementioned amphibians and eventually dinosaurs, ultimately brought an early end to the uncontested reign of insects on land. As an order, insects moved down the food chain as more complex life arrived on land. Insects found new niches, however, with the arrival of the first flowering plants. Many species of insects and plants developed together, and insects became ideal pollinators for many species of flower. Bees have been around since at least the Cretaceous era, and while not the first insects to assist in pollination, bees have risen to become by far the best at pollination in the insect world, with several adaptations specifically for pollinating..

Ants also date to at least the Cretaceous era. Fellow members of order Hymenoptera along with bees and wasps, ants are among the most successful insects in our planet's history. Ants fill a variety of niches in the animal kingdom, and have been observed to behave in complex behavior, including animal husbandry, farming, taking prisoners, and territorial warfare, and of course complex hive construction, complete with dedicated rooms. Ants numerically far outnumber humans, and even as biomass, there is at least as much ant-weight on the planet as humans. 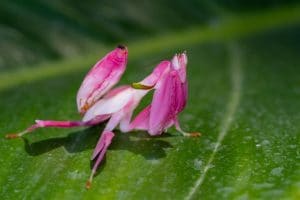 Want to learn more about insects? Feel free to check out some of these awesome books about our six-legged friends!

A Field Guide to Insects 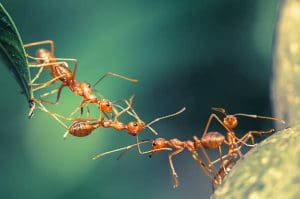