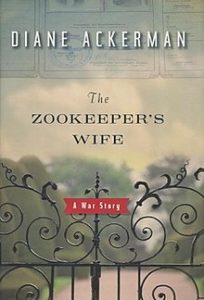 This month we are looking at a fantastic piece by Diane Ackerman. The Zookeeper's Wife tells the story of Jan and Antonina Zabinski, the husband-wife team behind the Warsaw Zoo in Poland.

The book is set in Warsaw, Poland just before and during the Second World War. Along with several assistants, the Zabinkskis run the Warsaw Zoo, an establishment that had grown into a respected venue for zoological exhibits. Jan and Antonina were local celebrities in the care and maintenance of their zoo, which was one of the more popular attractions in Warsaw at the time. Ackerman notes the various people Jan and Antonina interacted with in their daily lives, as well as several of their usual and unusual chores regarding the zoo's resident animals. 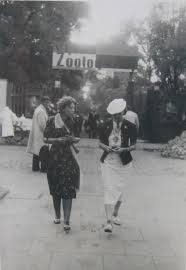 When Germany invaded in 1939, the Warsaw Zoo suffered along with the rest of the city. Numerous animals were released from their cages by bombs and debris, several were injured, and a few were later put down by occupation soldiers. The zoo that the Zabinskis poored their heart and soul into closed, unable to care for or keep their prized animals. Several were sent away to other zoos, and others were claimed by the occupiers for their own zoos.

During the war, the Zabinskis received permission to convert the zoo into a pig farm, where the occupiers could house and maintain the animals for consumption. Though necessary to a degree, this move upset many locals not only for the loss of the zoo's beauty, but religious effrontery; at the time, Warsaw housed a sizable Jewish population, which likely drew the ire of Nazi attention. Dr. Lutz Heck of the Berlin Zoo, chief zoologist of Adolph Hitler, saw Jan as his rival and went out of his way to pillage the zoo and make life difficult for the Zabinskis. 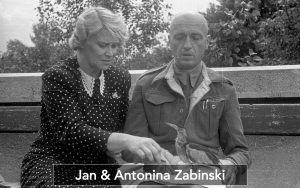 In their defiance of German occupation, the Zabinskis used what clout they had with the occupation forces to assist Polish Jews in hiding and escaping persecution. During trips to the Warsaw Ghetto, Jan smuggled residents to safety buried under scraps of food and other supplies for his burgeoning pig farm. Jan and Antonina both assisted in hiding numerous people within unused cages, and helping some escape to other safe houses in the Polish countryside.

For a time, some residents were given shelter at the Zabinski residence. The house resides to this day on Warsaw Zoo property, and is maintained as a historic landmark and museum to their remarkable exploits. 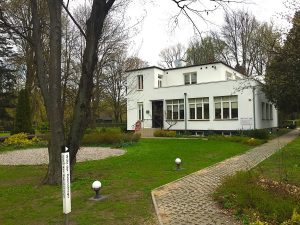 Ackerman's book, published in 2007, met with immediate acclaim in Poland and abroad. In 2017, Czech Anglo Productions released a film adaptation. Starring Jessica Chastain in the lead role, The Zookeeper's Wife was a faithful retelling of the Zabinski's trials.

The Warsaw Zoo is still open today and remains one of the most prolific zoos in the world. 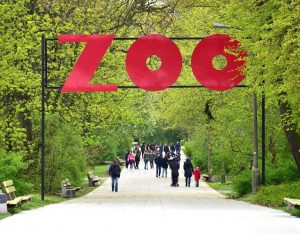 Looking for something else? The St. Tammany Parish Library is always happy to offer use of our online catalog, opens a new window for more information on this and other topics you may be interested.