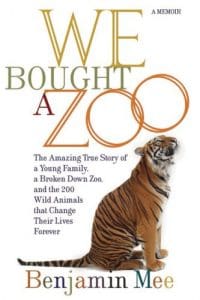 We Bought a Zoo is a memoir published in 2008 about the Dartmoor Zoological Part and its new owner Benjamin Mee.

Recently widowed and looking for a fresh start, Benjamin Mee stumbled upon the wildlife park while househunting. The Dartmoor Zoological Park, located in Dartmoor, Devon, England, is a small but beloved attraction, and at the time faced closure. Against the advice of his peers and some of his family, Mee invested in the park and embraced it with his children.

The memoir is fascinating in that it shows much of the background drama of zoo maintenance; the various trials and tribulations of the zookeepers and animals and the very real financial difficulties that come with maintaining a large attraction housed with large, rare animals.

In 2006 when the memoir largely took place, the Park faced closure, having lost its previous owners and faced the loss of its zoo license. The reality was dire: a new manager had to be brought in, changes had to be made and finances secured, or the zoo would be permanently closed and the animals either relocated or euthanized.

Against the odds, Mee and the hardworking zookeepers at Dartmoor banded together and made the necessary changes that would keep the park open and thriving. 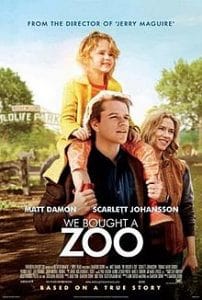 Word spread of the Dartmoor Zoological Park's success, and eventually said word reached Hollywood. Not long after the book reached publication and became a best-seller, film producers courted Mee to bring his story to the big screen. The result came out in 2011.

Starring Matt Damon as Benjamin Mee, We Bought A Zoo tells the story of the acquisition and rehabilitation of the 'Rosemoor' Wildlife Park. Scarlett Johansson co-stars as Kelly Foster, one of the zookeepers at the park, and Mee's love interest in the film.

The film broadly covers the same events of the book, with the usual amount of artistic license. Fans of comedy-dramas, or the book itself, are unlikely to be disappointed and the runtime of 124 minutes does not feel particularly long.

Against a $50 million budget,  the film grossed over $120 million, and brought much attention to the real life Dartmoor Zoological Park. 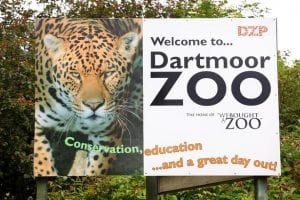 A decade later and the Dartmoor Zoological Park is still the favorite mainstay of local residents.

The website has various pages where you can learn more about the zoo, sign up for and attend events, and even learn about the resident animals! The website features a dedicated page showing off pictures of the various animals, as well as their names! 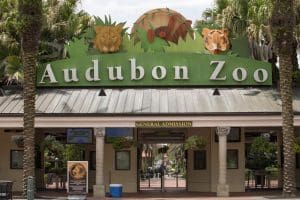 If you would rather visit a much closer zoological park, don't forget about Louisiana's favorite zoo!

The Audubon Zoo maintains a similar website where guests can digitally explore the park and learn more about the various attractions, including the resident animals. There are special regulations in place regarding Covid-19, and you can learn all about these regulations before your next visit.