Few media franchises have been as successful as Pokemon. In 1996, the game released to stellar reviews and sales and has since become the highest-grossing media franchise of all time with over $70 billion in sales as of 2018! Impressive!

One of the many arms of the franchise has been the impressive Pokemon Adventures manga. Based on the games, Pokemon Adventures has been in production since March 1997. The series is written by Hidenori Kusaka and, since Volume 10, illustrated by Satoshi Yamamoto.

The manga has been separated into mini-series, each based on a game. For the most part, they follow the larger plot points of each game and include all of the major characters, but vary drastically as far as the details go.

The first set is set in Kanto and follows the plots of Pokemon Red, Blue, and Yellow. The main protagonist, Red, is based on the player character from these games. It differs by giving him an established backstory and pokemon; though he eventually obtains a bulbasaur, he actually starts out with a poliwhirl!

There are other significant differences in the manga too; a female character, Blue, was created for the manga based off of an unused design for a female pokemon trainer. Pokemon creator Satoshi Tajiri originally intended for both male and female player characters in the original games, but the feature was cut and did not become available until Pokemon Crystal in 2000. Another character, Yellow, was introduced in the final few volumes of the manga; she's a girl too! While Blue recently made headlines by being included in the newest games, Pokemon Let's Go Pikachu and Eevee, Yellow remains a manga character only. 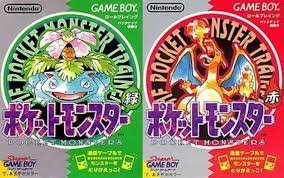 There was another change made for the Pokemon Adventures manga, in the way of character names. In the games, the rival character's name is Blue, and references the color of one of the original games, Pokemon Blue (the default name of the player character is Red). In Japan however, his name was green, as in Japan the original game colors were Pokemon Red and Pokemon Green. Before coming to America, an updated version of the game was released, Pokemon Blue, which fixed several coding errors in the original versions. The American versions of Pokemon Red and Pokemon Blue are translations of that  third version, Japan's Pokemon Blue. Because of the color switch, the rival's name was changed for the game, and also the manga. In the original Japanese version of Pokemon Adventures, the male rival character is still Green and the female rival character is Blue, while in English translations, their names are flipped. 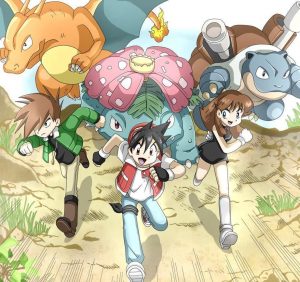 Pokemon Adventures continued to adapt the other games in the series including the newer regions, trainers, and pokemon with each iteration. One thing that the manga did differently from the games was create a cohesive story that connects them all. While the various protagonists are the stars of their own manga sets, they are included in a wider group of expert trainers, all noted for having Pokedexes. Having a Pokedex is a rare honor only granted to special trainers and the manga makes note of this.

In fact, while the games essentially have one-off stories on their own, the Pokemon Adventures manga actually does a better job at telling the larger story, a connection that is either not obvious in the games or outright missing.

Few media franchises branch out into other forms of entertainment and often when they do, the results aren't the greatest. Pokemon Adventures is a rare case where the stories it tells are just as good and in some places even better than in the source material. Fans of the games will love them, whether young or young-at-heart, and they all come highly recommended. 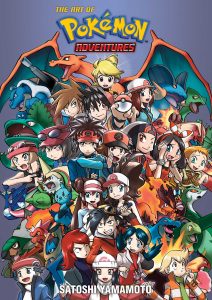 Already reading Pokemon Adventures? Looking for another volume? Feel free to check out our catalog. You can also use the catalog to search for other items relating to pokemon, or just other items in general. The St. Tammany Parish Library always seeks to provide the best support to our patrons!