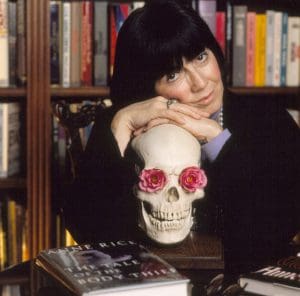 In a year notable for the loss of many literary icons, New Orleans lost one of her own this past weekend. Anne Rice, author of The Vampire Chronicles and The Young Messiah passed away last Saturday. She was 80 years old.

Born Howard Allen Frances O'Brien, the young author lived her early life with an unusually masculine name. When she started her school career, the young girl identified herself as Anne, and used the name for the rest of her life. Anne was born and raised in New Orleans and lived there for much of her early years, and later life. At sixteen, the family moved to Texas where Anne graduated high school and began studying, first at Texas Woman's University then North Texas State College, and eventually University of San Francisco. Anne met her future husband, Stan Rice, while in Texas -marrying at the ages of 20 and 19 respectively- before moving to San Francisco. Anne Rice continued her studies at San Francisco State University and became a creative writing instructor. The couple had a young girl, Michelle, who sadly died leukemia in 1972.

The death of Michelle Rice profoundly impacted the parents, and it was in this grief where Anne found the inspiration to write. Taking one of her earlier short stories, Anne Rice built a rich world full of gothic, macabre and supernatural philosophical musings. In 1974, she successfully published under Penguin Books her magnum opus, Interview With the Vampire. 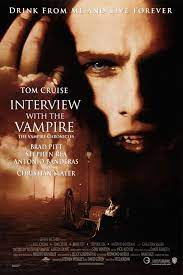 To learn more about Interview With the Vampire, feel free to read my 2019 blog.

In 1978, Anne gave birth to a son, Christopher, who would become a celebrated author in his own right. Christopher Rice also co-wrote several other books alongside his mother.

After the success of Interview With the Vampire, Rice continued writing, including several more sequels, and several more based on the life of Jesus of Nazareth, the first of which was later republished as The Young Messiah. Several of her works made it to the big screen as well, including The Young Messiah and The Feast of All Saints, but all trailed in the shadow of her most well-known work, Interview. In 1994, Warner Brothers released a film adaptation starring Tom Cruise, Brad Pitt, Kirsten Dunst and Antonio Banderas, which you can read more about above.

In particular, Anne Rice's Interview With the Vampire had a very notable impact on literature and film. While not the first novel about vampires, it did shed new light on these creatures of darkness, and inspired many other authors and filmmakers in what popularly became known as The Vampire Craze: renewed interest in Dracula with the 1992 movie, then Buffy the Vampire Slayer, comic book vampire slayer Blade, then eventually The Vampire Diaries and Twilight. The craze is ongoing in many ways, and it all started with Interview in 1978.

Rice returned to New Orleans in 1988 and lived there with her family for several years, before returning to California in 2005, shortly before Hurricane Katrina. The author continued publishing, up until her death. Anne Rice resided in California for the remainder of her life, though she never quite cut her ties to New Orleans.

If you wish to learn more about Anne Rice and her works, feel free to check out her website and her Facebook page.

Following her death, Anne is to be interred in a private ceremony at the family mausoleum in Metairie Cemetery. A public event is tentatively planned for sometime in early 2022.

Called Out of Darkness

Prince Lestat and the Realms of Atlantis

Also feel free to check out the rest of the STPL Bloggers, opens a new window. We are always writing about topics of news and interest so feel free to see what's on our mind.