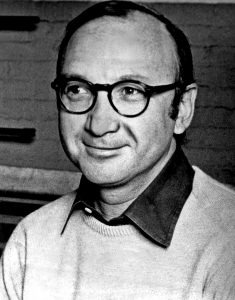 Legendary playwright and screenwriter Neil Simon passed away Sunday, August 26, 2018. Born on the 4th of July in 1927, some say Simon redefined American comedy. He was a Broadway and theater box office success for three decades.

Neil Simon received numerous accolades throughout his career, including three Tony Awards for The Odd Couple (1965), Biloxi Blues (1985), and Lost in Yonkers (1991). Lost in Yonkers also earned him the Pulitzer Prize for Drama in 1991.

That same year he said, "People are always coming up to me and saying, 'Thanks for the good times. It felt then like both a validation and a diminishment. Today, it feels like an epitaph - and not a bad one for any writer to be able to claim as one's own."

Some critics have suggested that Simon's comedies haven't 'withstood the test of time'. Check out some of his plays and movies available at the St. Tammany Parish Library, and decide for yourself.

Immerse yourself in the humor of Neil Simon. Read the play. Listen to the audiobook. Watch the movie. (Please Note: In order to bring you new and interesting titles, Hoopla content is updated monthly, and some of the titles listed below may not be available in the future. To find the latest titles, please visit Hoopla.)

Volumes 1 and 2 are available at our Covington, Mandeville, and Slidell branches. These volumes include Barefoot in the Park, The Odd Couple, The Sunshine Boys, California Suite, and others. Simon's play "The Odd Couple" won the Tony Award for Best Play in 1965.

Jane Fonda and Robert Redford star as newlyweds Corie (a 'modern' free spirit) and Paul Bratter (an 'old-fashioned' uptight attorney) in this 1967 comedy.