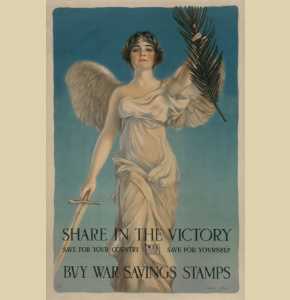 St. Tammany Parish, as well as many parts of the United States, answered the battle call of World War I. The world had been at unrest for years before World War I erupted. Tensions throughout Europe, especially in the Balkan region of southeast Europe were at an all-time high and people were speculating about the tensions between nations before the war actually occurred. Residents from St Tammany Parish were equally worried about the unrest of world’s affairs.

As reported by columnist Victor Tessler Mather in the St. Tammany Farmer, May 25, 1912, “There is nothing more unmistakable and yet more significant than the world’s present unrest. Bloody wars are raging in four continents of the globe, capital and labor are in high state of tension, and the masses of people everywhere are growing unusually restless under present political methods, monopolistic greed, low wages and the high price of living.”

World War I began in 1914, after the assassination of Archduke Franz Ferdinand. During the conflict, Germany, Austria-Hungary, Bulgaria and the Ottoman Empire (the Central Powers) fought against Great Britain, France, Russia, Italy, Romania, Japan and the United States (the Allied Powers). News concerning the war was filtering into the St. Tammany Farmer on a daily basis to keep residents informed about warfare and battles fought in Europe. The front page headline from the St. Tammany Farmer, Saturday, August 1, 1914 stated, “War News from Europe Shows Critical Situation”. An article in this issue, “A War Cloud in Europe”, detailed the grim conditions in Europe with battles raging from opposing forces.

The economy of St. Tammany Parish continued even though the war was raging in Europe. Many businesses were established and continued to provide goods for residents. In January 1915, The Farmer reported merchants were looking for “adequate railroad service”, advocates for a packing house for parcel post were pleading their case, and sporting events occurred in Slidell. In addition, the St. Tammany Canning Factory prepared for expansion of their business. The St. Tammany Farmers’ Association was soliciting farmers to plant more beans for shipment. The St. Tammany Parish Fair, an annual event in St. Tammany since 1910, was also scheduled in Covington during the period of World War I. The fifth annual St. Tammany Parish Fair was reported to take place on November 4 through 7, 1914.

The United States was called into participation with the conflict in Europe as an allied force. On July 21, 1917, The St. Tammany Farmer headlined, “Draft Day Will Be Today or at the Latest Monday, 23d.” An article in the same issue discussed the topic, “What You Do if Drafted for Service in The War”. The article discussed the selection process for the draft and how to claim an exemption from the draft. There was an increase in businesses in Louisiana and St. Tammany Parish because of the war. Lumber trade, housing and shipbuilding increased during this time to provide essential materials needed for war. The town of Madisonville, in particular, continued to build ships for the war. Ship building for the U.S. Navy started in Madisonville for the War of 1812. Jahncke Shipyard of Madisonville continued to build ships for the U.S. Navy during World War I. Because of the great increase in shipyard workers, Madisonville had a great need for housing and businesses for shipyard workers. Because of the numerous workers, Covington also built housing and businesses to provide goods and services for the many workers employed by the shipyards and the timber industries.

Examination of the first draft list was completed on Saturday, August 11, 1917. The St. Tammany Farmer posted a list of names that may be counted in the second draft on August 11, 1917. The Exemption Board was mentioned in the article for those who wanted to claim exemption from fighting in the war. A list of exemptions from the war was listed to enable individuals to pre-qualify for exemption status.

War continued to rage on in Europe. St. Tammany sent many of its men to battle the opposing forces in hopes for a day of peace and an end to a bloody war. Many war ads and campaigns were placed in the St. Tammany Farmer to increase monetary support of the war from residents who did not go abroad. Part 2 of this series contains interesting images of war advertisements that were numerous in the St. Tammany Farmer after the rounds of draft enlistments.