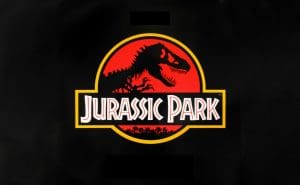 In 1990, Michael Crichton wrote one of the most popular works of science fiction in history. Jurassic Park was not the first novel about dinosaurs, or monsters in general coming back to life, or even at the hands of man, but it was the first to also take place in a theme park! When conceptualizing his book, Crichton determined that, in the absence of any useful purpose cloned dinosaurs might lack, perhaps scientists might create them purely to say that they could, or for entertainment.

The novel opens with a construction crew on an island off Costa Rica, where a worker is injured while relocating a velociraptor to a new enclosure. Later on, a vacationing family lands on the island and is attacked by other dinosaurs. John Hammond, owner of inGen and the island where he is constructing his new theme park, faces litigation and government meddling. To stave them off, Hammond is forced to call upon the services of his professional advisors to visit the park and render their professional opinions. Thus, paleontologist Alan Grant, his graduate assistant Ellie Sadler, and Dr. Ian Malcom are flown to the island to tour Jurassic Park. 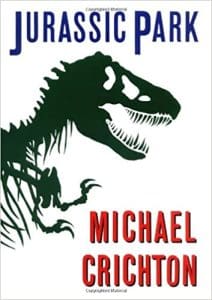 What starts as a thrilling vacation and experience quickly sours at the hands of various unforeseen occurrences. Between industrial espionage, a hurricane, and unchecked genetic tampering, the park loses power, several dinosaurs escape, and everything that can go wrong does go wrong. Our intrepid experts, along with Hammond's grandchildren, Tim and Alexis Murphy, must get off the island before being eaten by hungry raptors and a very large T-Rex.

Reviewers praised Crichton's book, which is widely regarded as his magnum opus. Many reviewers particularly praised the plausible use of science, the common parlance he uses to explain things, and the ethics, which many have likened to Frankenstein. Crichton also released a sequel, The Lost World, a few years later. 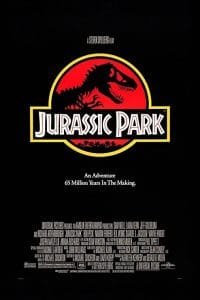 It did not take long before Jurassic Park drew the attention of Hollywood, and it was Steven Spielberg who took the reins. In 1993, Spielberg and Universal Studios released the cinematic adaptation. The film covers much of the same story, with a few details changed. More impressively, it earned tremendously at the box office, and spawned a successful series of films. To date, Jurassic Park remains the #1 movie per tickets sold and gross earnings for a science-fiction work based on a book.

Thank you for reading! 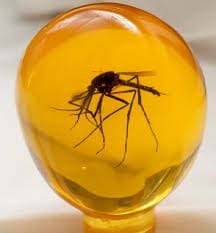