Scientists at the Library 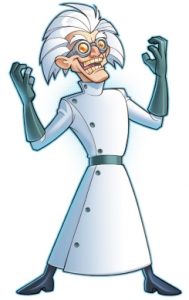 It's September, and school is back in session! From first grade to graduate studies, students of all kinds are back in class, and back to hitting the books. Some students might even find themselves with the task of being assigned experiments, reports, and projects to work on. Never fear, though, because the St. Tammany Parish Library has a wealth of information available for the studious and interested alike.

In fact, we have a collection of primary sources, direct from some of the most renown members of the scientific community. Perhaps some of these can offer good inspiration?

A Brief History of Time

Steven Hawking's masterpiece, and his first book. Here, Mr. Hawking discusses various concepts and topics, ranging from quarks and other subatomic particles to black holes and the search for the elusive 'theory of everything.' Better yet, he broaches all of these topics in plain layman terms for easy digestion.

The Realm of the Nebulae

Prior to 1919, the confines of reality were limited to the Milky Way galaxy, at least for those who had a telescope. In 1919, Edwin Hubble worked from the Mount Wilson Observatory, and with the aid of the then-most powerful telescope in the world, proved the existence of nebulae and galaxies far beyond. From that moment on, human understanding of the universe changed in profound ways. He also discovered the relationship between observable redshifts of a galaxy, and how far away it is; what we call Hubble's Law! Hubble's Law paved the way for the known map and aging of the universe.

The Meaning of Relativity

Albert Einstein is among the most renown physicists of the twentieth century. His work on relativity was groundbreaking. This book, the first on Einstein to be published by an American, contains a simplified explanation of his theory, and is detailed in four lectures that he originally gave at Princeton University.

Carl Sagan is remembered for many things: professor of astronomy at Cornell University, his work popularizing science for the general public in the 1980s, his show Cosmos, and this accompanying book. To this day, Cosmos remains the most watched public broadcast series of all time. Sagan was instrumental in much of the work at NASA in the 60s and 70s, and participated in numerous programs, including Mercury, Apollo, Mariner, Voyager, and Pioneer.

We also have several other works available digitally through Hoopla, including:

Niels Bohr of Denmark helped lay the foundation of atomic physics and our current understanding of how the quantum world works. Bohr worked with the Great Britain's Tube Alloys and the Manhattan nuclear weapons projects, was a founding member of CERN, and predicted a new element: hafnium!

Science is more than just machines and beakers! Jane Goodall, age 84 as of this writing, is an acclaimed primatologist and anthropologist, often considered the expert on chimpanzees. Her work at Gombe National Park, Tanzania has helped bring to light the plight of these animals, as well as the communities nearby. In addition to her research, she has helped drive research on AIDs, improve sanitation and education in local communities, and campaigned to restore removed forests.

Wanna build a rocket? Few scientists know more than Robert Goddard did. Goddard, who lived from 1882 to 1945, built the first liquid-fueled rocket. Though ridiculed in his time, Goddard's numerous patents and inventions -including the liquid-fueled rocket and the multistage rocket- and his use of gyroscopes, three-axis controls, and steerable thrusters, paved the way for America's earliest rockets. NASA's Goddard Space Flight Center is named for him.

Controversial then and now, Sigmund Freud remains one of the most well known psychologists of all time. His work focused on the concepts of Id, Ego, and Superego and using these to treat his patients' various issues. It also covers his thoughts on life, death, and anxieties of all kinds.

Feeling a little smarter already? Feel free to use these suggestions for your own projects! You can also do your own search in our catalog for your own favorite scientists , science projects , and other topics of interest. We also have a plethora of helpful databases , useful for all sorts of projects and research. Feel free to look around yourself, or visit your local library branch and ask for a database tour from a reference librarian.