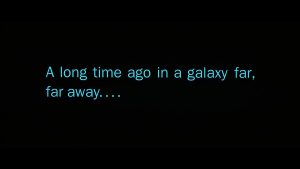 May the Fourth be with you!

May 4th is Star Wars Day, a popular holiday celebrating the adventures in our second favorite galaxy.

This year, I am bringing attention to a favorite piece of literature: Timothy Zahn's Thrawn. Have you read this book?

A long time ago, in a galaxy very, very near, Star Wars was a much smaller brand; before the gauntlet of prequel and sequel movies, the various TV shows, and the many, many video games. George Lucas was supposedly hard at work on his next movies, and there had been a few comics and games released, and a few novels, mostly tied to the original movies. Fans wanted fresh material, and it was Timothy Zahn who finally delivered. With approval from Lucasfilm, Zahn wrote a trilogy of novels set five years after The Battle of Endor, about an alien Grand Admiral named Thrawn, and how close he came to defeating Luke Skywalker and his friends.

The Thrawn Trilogy, opens a new window, as it became known as, established a robust and longstanding series of novels, stretching over twenty years of publication and dozens of follow-up stories. Out of the many works, several penned by other great writers, Zahn's first three books remain the most popular works under his own name, and in Star Wars literature in general. In 2014, after Disney purchased Lucasfilm and announced they were working on new films, Lucasfilm announced that all of the existing video games, novels and comics, with the exception of those tied to Star Wars: The Clone Wars, opens a new window, would be rendered non-canon and obsolete.

Non-canon means that, for the purpose of lore, a thing, such as a story or movie, does not matter; it never happened! Understandably, a lot of fans were upset, especially fans of The Thrawn Trilogy who were worried about the fate of Grand Admiral Thrawn and the adventures tied to him.

Starting in 2014, Disney and Lucasfilm produced a new show, called Star Wars Rebels. The show takes place between Revenge of the Sith and A New Hope, and shows the origins of  the Rebel Alliance. Two years later in 2016, Lucasfilm announced that Grand Admiral Thrawn would return for the third and fourth seasons. 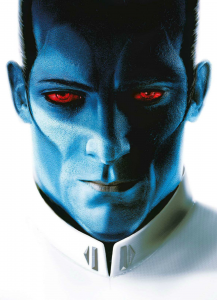 Thrawn, written in 2017, acts as a reboot for the character, retelling how he joins the Empire and rose to become a Grand Admiral. The book features many callbacks to the original novels Zahn wrote, as well as references to his role in Star Wars Rebels. The book follows Thrawn from his discovery by an Imperial reconnaissance force, his rise through the Imperial ranks, and his eventual arrival to the planet Lothal, the setting of Star Wars Rebels. Along the way, Thrawn fights racial prejudice with his hard work and merit, working to defeat pirates and other threats while bringing peace to wherever he goes, albeit peace under Imperial rule.

True to his quality, Thrawn is not only a great homage to the character, but a book worthy of standing alongside the Thrawn Trilogy that many Star Wars fans adore. Thrawn is among the highest acclaimed and best selling of the newer Star Wars novels, and has earned two sequels. Fans owe it to themselves to check out this book, and it's always refreshing to see a new take on the protagonist, who while admirable, is not the typical 'good guy' readers might expect.

Want to find more books and movies related to Star Wars? The St. Tammany Parish Library is always happy to offer our catalog, opens a new window for all your inquiries. May the Force be with you!