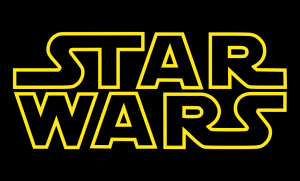 Star Wars has a long and storied history in publication, dating as far back as the release of the first movie.

There have of course been novelizations about the original movies themselves. Virtually all of them are based on the scripts from the movies, and frequently contain scenes that did not wind up in the films for various reasons.

The Rise of Skywalker

The first stand-alone novel was Splinter of the Mind's Eye. This book was originally conceived as a sequel to Star Wars, when George Lucas was uncertain about the future prospects of his movie. In the event of failure, Lucas came up with a loose script idea and hired Alan Dean Foster to write. The first Extended Universe novel never really joined the Extended Universe though, because lo and behold, Star Wars was a success. With this success and all the money and fame that came with it, Lucas pushed ahead with his original vision for his Star Wars saga, leaving Splinter of the Mind' Eye to become an interesting what-if story in the Star Wars saga. 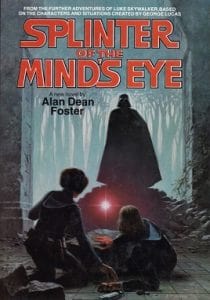 The success that followed the Star Wars trilogy created a legion of dedicated fans who not only loved the movies, but even the concept of Star Wars. Such was the case in the early 90s when numerous writers expressed interest in telling stories set in the Star Wars universe. The most prominent, and in many regards most successful, was Timothy Zahn and The Thrawn Trilogy.

The Thrawn Trilogy was the first major publication that went beyond the events of Return of the Jedi. Set a few years in the future, our stalwart heroes are hard at work trying to guide the nascent New Republic as it struggled to bring peace to the galaxy at large and defeat the remnants of the Empire. Leading these remnants is Grand Admiral Thrawn, one of the Empire's most brilliant tacticians, who conveniently was not present at the Battle of Endor. Thrawn's tactical genius outsmarts the heroes at every turn, making an Imperial return to power very possible.

The Thrawn Trilogy was incredibly popular when they began releasing in 1991, and formed the backbone of what became the Star Wars Extended Universe. Several comics and novellas had already been released, but the Thrawn Trilogy was the secondary foundation that now connected all of it. Many new fan-favorite characters were introduced, such as Grand Admiral Thrawn, Captain Pellaeon, Talon Karrde, and Mary Jade. It was also the introduction of Coruscant, the city-wide planet that served as the capital of the galaxy, later made officially canon in The Phantom Menace and the Special Edition of Return of the Jedi.

As the years went on, and various projects came and went, more and more authors contributed to the Star Wars saga.

The mid-90s notably came out with Star Wars: Rogue Squadron, a series based around the famous group of X-Wing pilots, set between the events of the Original Trilogy and the Thrawn Trilogy, as well as some later novels that took place after. 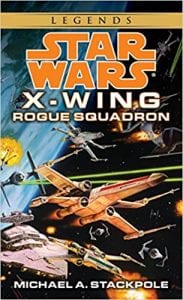 The Way of the Apprentice

Many books were released over the years, spanning adventures more than 40 years beyond the original movies, in the two decades between trilogies, the decade before both, and even stories set hundreds of years before and after! Reading all of Star Wars is quite the challenge, and so the Walt Disney Company agreed in 2012 when they purchased Lucasfilm and Star Wars. Shortly after the acquisition, they announced a new canon of Star Wars stories, based strictly on the original movies, a few hand picked novelizations, and their own material, gradually released since then. The original Extended Universe books were rebranded as Star Wars Legends, and though most have not been republished since, several of the novels have been and continue to remain available to readers, regardless of canonicity.

Much as before though, Star Wars has continued releasing both stand-alone novels, and movie novelizations.

Rest assured, if you love reading and love Star Wars, there's bound to be a book available. This was just a small peak into the several hundred books that celebrate Star Wars.

Looking for something else? As always, the St. Tammany Parish Library is happy to offer free usage of our online catalog, opens a new window for more information on this and other topics.