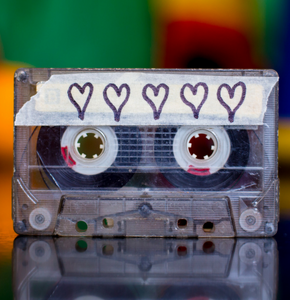 Summer is winding down and so is our Summer Reading Challenge. Music was the subject of the season this summer with Libraries Rock. Summer and music just go together so well!

My first love is music and I have an eclectic taste ranging from pop to hard rock, alternative to country, reggae, rap, hip-hop and international; so, it was a welcome theme for me. We all have albums and music that changed our lives at some point. Some of the songs and albums have defined a generation, others have been something that spoke to only a few of us at the time. That song that reminds you of your first love, high school or college days. Maybe music is something you go to when you are depressed or something that reminds you of a loved one you've lost. Maybe it is just something that speaks to your soul or gets you moving or a historical, game-changing track. Whatever the case, there are a number of reasons to turn to music.

We all need a repertoire of good music to choose from, so here is a list of some of my favorite albums that are available to you from your local library in both the physical form and in digital. Download or check them out, revisit the tracks you love or new ones that you never heard before and play it on repeat! I do like Elvis and The Beatles and so many more; I couldn't list it all here and it took me forever to narrow it down. I tried to cover as much as I could. Maybe, this needs to be a series...anyway whatever your taste in music the St. Tammany Parish Library has it! Be sure to check it out!

The Spirit Indestructible   Nelly Furtado's fifth album always lifts my spirits, with upbeat songs and a very optimistic message to most on the LP, the title track is one I can listen to on repeat. Also, check out The Best of Nelly Furtado for songs like Try and All Good Things Come to an End, two of my absolute Furtado faves..

Push and Shove I've been a fan of No Doubt since their first album Tragic Kingdom and have not stopped since. No Doubt's music covers themes of relationships in various stages. Push and Shove is the group's sixth album  and one they reconvened to make in between the launch of Gwen Stefani's solo career. Check out all of the No Doubt albums the library has to offer including Tragic Kingdom, Return of Saturn, and Rock Steady, from the band's peak in the 1990's.

Legend  Don't worry about a thing, every little thing's gonna be alright...Bob Marley's sound and message travels through the generations. His range included songs that were sometimes politically charged and also incorporated the tropical vibes of Jamaica. He has made such an impact on the music scene in his short and inspiring life. If you like reggae, check Mr. Marley out.

Greatest Hits This man has had some hits both with his band Tom Petty and the Heartbreakers and as a solo artist. His passing last year leaft yet another void in music, his albums have reached even more popularity. Tom Petty and the Heartbreakers' Greatest Hits include favorites like Mary Jane's Last Dance, Into the Great Wide Open, and Refugee. Also, check out Wildflowers, his 1994 solo album which includes such hits as its sweet, serenade of Wildflowers and the upbeat, but poignant track about feeling alone You Don't Know How it Feels, the album is a little more laid back compared to Petty's other hits. Wildflowers is available through the library on Hoopla.

Jagged Little Pill The anthem of jilted women everywhere, You Oughta Know, is on this album. If you're like me, it has gotten us through some tough times in our lives. If you are looking to relive those days and if you need an outlet for the anger, check this one out. Morrisette's 1995 album changed the face of female rock and alternative music in the 1990's. There are other good songs on this album including her hits Head Over Feet, You Learn and Ironic, not to mention the lesser known songs and a hidden track. Her other album Supposed Former Infatuation Junkie is also available through Hoopla and is also a must-hear.

What We Saw From the Cheap Seats. The Russian-born artist employs a mix of quirkyness and depth, but even that is not giving her enough credit for her unique sound. Her 2012 album is an exploration of randomness, life and growing older. I love to listen to her grow as an artist with every new album.

The Ultimate Hits Garth Brooks is a favorite country singer of mine, behind George Strait who Brooks has called his idol. He goes as far as to mention the country crooner by name in his 1993 hit Ain't Going Down 'Til the Sun Comes Up. Garth is an amazing performer and helped country find new audiences in the 1990's. If you like country and haven't heard of either of these country singers, check them out today!

George Strait's Greatest Hits  Speaking of George Strait, this digital album has a lot of favorites that I grew up listening to with my mother, who also had an eclectic taste in music. His music is fun, heartfelt, classically country and good for a two-step with a loved one. This album is only missing All my Ex's Live in Texas, which is always a favorite. You can also get that song on his other albums here at the library.

The Very Best of Prince   The Purple One left us in 2016. His music was indelible and reached the charts both with him at the mic and other artists utilizing his songwriting prowess. A musical genius with a large body of work and memorable songs including Purple Rain, 1999, and When Doves Cry. Purple Rain is one of the best known soundtracks from The Artist that starred in his own mock biopic loosely based on his life and career, which is also worth seeing.

The Essential Michael Jackson  You can't have a music list without Michael Jackson or at least I can't. His life was wrought with controversy, but the man, his music and larger than life performances are still talked about to this day. His phenomenal and commercially successful Thriller album is still the biggest selling album to date. Some of those songs are included on this anthology, as well as music from his other successful albums including; Off the Wall, Bad  Dangerous and hits from his Jackson 5 and Jacksons days before he became the King of Pop. The Moonwalker, the Gloved One dominated the 1980's and had great songs before and after the decade of excess.