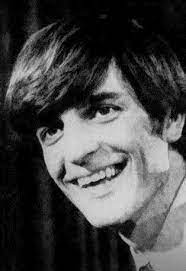 The little town of Covington, Louisiana had a draw on the legendary NBA basketball player "Pistol" Pete Maravich where he moved with his family to retire from the NBA. Many times, as kids we would walk past his house and hear the basketball bouncing on his outside court while we roamed the streets of Covington in the 1980s. The 6 ft 5” athlete was a giant in town, both in stature and fame. Soon enough he made his mark in other ways outside of his fame.  He and his friend, Pastor Alfred Young, started a holiday dinner for families in need called the "Turkey Train" which continues to this day. In 2020 The Faith Bible Church of Covington continued the Turkey Train tradition by providing 450 Thanksgiving meals enriching the season with generosity and kindness started by Maravich and Young.

"Pistol"  was a common nickname during the 1950s and 1960s, and once given to him,  he carried it throughout his basketball career and life.  During the span of his 10-year Professional NBA career, he played for the Atlanta Hawks, the New Orleans/Utah Jazz, and the Boston Celtics. His jersey while playing for the Hawks and Jazz read "Pistol" but his surname Maravich was used when he later played for the Celtics. Pistol Pete had a style unique to his own, full of finesse and skill, developed by a lifetime of passion and practice which made him unstoppable on the court.  Magic Johnson attributes him for his source of inspiration once saying, “that’s where I saw it all, from Pistol Pete, that’s where I got it from.”

To this date he is still college basketball's all-time leading scorer. He holds the all-time NCAA Division I record for career scoring of 3,667 points in 83 games which averages out to 44.2 points per game. Last month on July 25, 2022, an honorary statue of him was placed at the north entrance of Pete Maravich Assembly Center on the LSU campus where the Tigers practice. Maravich's statue is between Shaquille O'Neill's statue (an LSU 2000 graduate of General Studies)  and Hall of Famer Bob Petit, both of who played for the LSU Tiger basketball as well in their respective times.

Maravich played 3 seasons for LSU until 1970 when he was drafted into the NBA, choosing to sign with the Atlanta Hawks rather than graduating from LSU University. He went head-on to lead a Professional career that spanned the years 1970-1980.  People who've attended his games remember that it seemed as if he was the only one scoring for the team. One such local is the daughter of the New Orleans Jazz team's dentist where she'd attended the games in the 1970s at the Superdome or at the Municipal Auditorium with her father. She remembers those days fondly, as do so many others who watched him play. Whether it be from his days at the Cow Palace or in Pro arenas, Pete Maravich was a showman and a champion who put Louisiana on the map for big league basketball. "Pistol" Pete Maravich retired in 1980 from his NBA career due to injuries and he went on to become a teacher and a professional speaker while living retirement in Covington. He made an instructional video series as well in 1987 highlighting his teachings of ball handling skills, dribbling, shooting, and passing drills. He led basketball camps and lessons both in our beloved town of Covington and nationwide. Pete Maravich is forever a well-respected and highly regarded champ in the game of basketball. The St. Tammany Parish Library has a nice collection of materials on Maravich, one of the most famous residents of our beloved Covington, Louisiana, and it is our hope you will come and check them out!