The Battle of Waterloo

It was Napoleon's last hurrah; the fate of Europe depended on the outcome of this pivotal encounter in mid-1815.

Tuesday, June 18, marks the anniversary of this battle between the French under Napoleon Bonaparte and the Seventh Coalition. What events led up to this famous battle that heralded a new era?

From 1792 to 1814, war devastated Europe. France led most of the hostility, first as a republic and later the French Empire under Napoleon. Several coalitions rose up to defy Napoleon and France, but the tide changed in 1812 when Napoleon's invasion of Russia failed and he was forced to retreat with a fraction of his remaining forces. The Sixth Coalition harried Napoleon's forces until he was finally defeated at the Battle of Monmartre on March 30, 1814. Six days later, Napoleon abdicated and the war was over.... or so it seemed.

Following his abdication and the restoration of Louis XVIII as King of France, the Sixth Coalition imprisoned Napoleon on the island of Elba. Elba, off the coast of Italy, was a small island located due east of Napoleon's native Corsica. Napoleon stayed on Elba for just over nine months, where he received news of the Congress of Vienna, where the major players of Europe discussed the aftermath of the wars with France. 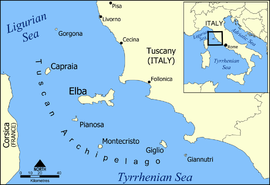 The Sixth Coalition formed the majority of the membership at the Congress. It included Great Britain, Prussia, Spain and Portugal, the Kingdom of Sicily, Austria, and Russia, among others. The allied nations of Europe were a very formidable force, but quickly began to squabble over the politics of how Europe would look and act going forward. With the Congress foundering and many of Napoleon's soldiers returning home, the imprisoned leader decided it was time to act and escaped. By the time word of the escape reached the Congress, Napoleon approached Paris with an army thousands strong and growing larger from popular support. 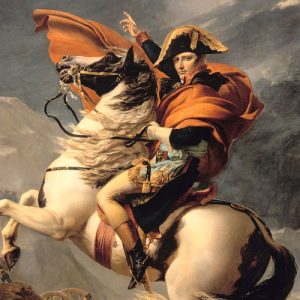 Upon hearing of Napoleon's escape, the Congress of Vienna was determined to stop Napoleon once and for all. Unfortunately for the allied nations, now known as the Seventh Coalition, much of their military was scattered and recuperating. Great Britain, after years of fighting, had redeployed much of its forces to North America, where it was engaged in a conflict with the United States known as the War of 1812. Russia's military, despite defeating Napoleon the previous year, was in tatters and in no shape too march to France. The only forces available to combat Napoleon were the Prussian forces under Gebhard von Blücher and British forces commanded by the Duke of Wellington; only they stood in the way of preventing Napoleon from seizing control of Western Europe. 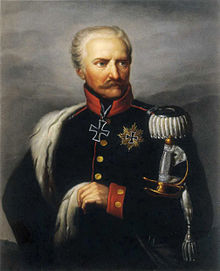 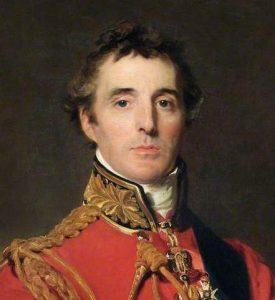 Napoleon had a simple goal: he had to defeat the local enemy, Blücher and Wellington, and push them out of France, allowing Napoleon free reign to consolidate his hold and future campaigns. By June, the returned Emperor had managed to rally over 300,000 soldiers to his cause, although only 69,000 were available to deploy against the Prussians and British. Blücher and Wellington commanded around 115,000 troops, nearly double Napoleon's army, but much of their strength was less experienced or fought under conflicting leaders, while Napoleon's army comprised mainly of veterans and were very loyal to Napoleon.

Napoleon targeted the Prussians first, defeating them at the Battle of Ligny days earlier. Rather than retreat east back to Prussia, Blücher pulled his forces north to reinforce Wellington near the village of Waterloo, where they resolved to stand their ground. The battle lasted for most of June 18th, during which the tide of war ebbed and flowed both ways. In the end, Napoleon lost 26,000 men outright and another 15,000 to desertion, compared to 22,000 for both Blücher and Wellington.

Historians to this day argue over many of the details and which carried the day, but most agree on two points: before the Battle, Napoleon commanded over 30,000 troops led by General Grouchy to harass the Prussian rearguard, unaware the bulk of the forces had rallied near Waterloo for the Battle. Additionally, as the day ended, fresh Dutch reinforcements joined the beleaguered British and Prussians, helping turn back the French advance and preserving morale.

Waterloo was Napoleon's final defeat. With his army shattered and the British and Prussians descending into France once again, Napoleon surrendered. The victors exiled him to the island of Saint Helena in the middle of the Atlantic Ocean to live out the rest of his days. Louis XVIII returned as King of France, and Europe reorganized and enjoyed nearly forty years of relative peace. The battlefield at Waterloo received a new monument consisting of a large hill topped with a lion statue, and Wellington went on to serve as Prime Minister of Parliament and Commander-in-Chief of the British military. 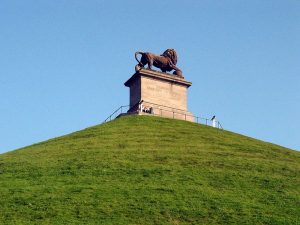 Want to learn more about the Battle of Waterloo and the men who fought and died there? Feel free to use our catalog, opens a new window to find out more about this and other inquiries you may have.