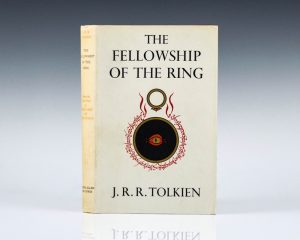 Welcome to year two of Tolkien Week! Tolkien Week is an entire week dedicated to the life and works of J.R.R. Tolkien, the father of modern fantasy.

Not familiar with Tolkien Week? You can read more about it in last year's blog., opens a new window

Optional Thematic Music to Listen to While Reading, opens a new window

Last year, I covered a blog on Tolkien's first work, The Hobbit, opens a new window. Following his success, Tolkien immediately began work on fleshing out the world he had created. The story of The Hobbit was the foundation for Tolkien's true goal: building a world and a mythology for modern readers. Being an accomplished historian and linguist, he worked on an expanded map of his world, created new languages for his fantastical creatures to speak, and even a pantheon of otherworldly beings responsible for the creation of this world. This of course is the work that would later be known as The Silmarillion., opens a new window

Tolkien's publisher was less than thrilled, however. There was no market for mighty tomes full of make-believe maps and deities and ancient legends (boy, was he wrong!). So the publisher convinced Tolkien to instead create a sequel to The Hobbit. Tolkien elaborated on Bilbo's life after his great adventure and chose the magic ring he found in Gollum's cave to be the central piece of his new story. Thus began The Lord of the Rings. 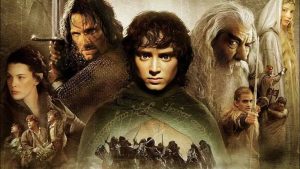 The Fellowship of the Ring is the story of the magic ring Bilbo found in The Hobbit. After growing so old he retires from social life, Bilbo departs Bag End, leaving his home and the ring to his heir and nephew, Frodo. Frodo learns, with help from the wizard Gandalf, that his ring is actually a very dangerous ring, once created and used by the Dark Lord Sauron to enslave the people of Middle-Earth. Frodo is tasked to take the ring to Elrond, Bilbo and Gandalf's acquaintance, where it will be decided what should be done with the ring.

Along the way, Frodo journeys with several notable friends. He is joined by his three best friends -Sam Gamgee, Peregrin Took, and Meriadoc Brandybuck- to accomplish this journey, and along the way they have various misadventures as only four young gentlemen can have. Frodo eventually realises that the Ring is his responsibility, and he must see the quest to its end, whatever trials and tribulations he has to undertake.

While regarded today as a seminal work in the fantasy genre, The Fellowship of the Ring enjoyed only a mixed reception and limited success when Tolkien published it. Tolkien followed up with two more volumes, The Two Towers and The Return of the King in late 1954 and 1955 respectively. The books sold well enough in England and abroad to garner numerous translations and copyrights. Tolkien received the International Fantasy Award for his collected work, and the books have gone on to be among the most beloved books in the genre.

The Fellowship of the Ring, as well as The Lord of the Rings in general, only gained in popularity. In the 1960's, paperback editions of the books brought The Lord of the Rings to even wider audiences. The term 'Frodo Lives!' became popular, and could be found in newspapers, commercials, songs, and even graffiti. The books transcended into popular culture. Popular songs of the 60's and 70's have referenced the books, including perhaps most famously, the band Led Zeppelin.

By the 1990's, a new market had emerged and welcomed fans of the trilogy: video games! The first video game based on The Fellowship of the Ring debuted in 1985 for the Commodore 64 computer. Lord of the Rings: Game One did not enjoy great sales and is considered an inferior item, especially compared to one based on The Hobbit that released three years earlier. Although it did not sell well and never got a proper sequel, other games have come out since then based on Fellowship and the others. The Fellowship of the Ring proved particularly influential in the genre of role-playing games, including Dungeons and Dragons, along with numerous other video games that borrow from Tolkien's template, such as The Elder Scrolls and World of Warcraft. 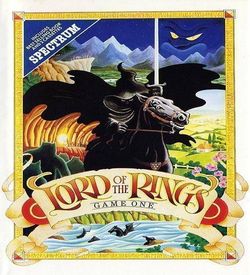 And of course, we cannot forget about movies. The first movie to come out was Ralph Bakshi's The Lord of the Rings in 1978. This film was very successful, although it received mixed critical reviews. Bakshi's film covers the events of the first two volumes, but not the final one.

Years later, New Line Cinema received approval to produce films based on Tolkien's works. Peter Jackson helmed the project, which he filmed and produced in New Zealand over several years as one film, before editing and releasing it separately. Jackson's films remain the definitive vision of The Lord of the Rings, including Fellowship of the Ring.

Tune in next year when we discuss The Two Towers and continue our journey through Middle-Earth. 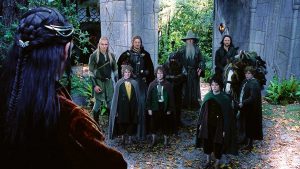 Looking for something else? Perhaps you are interested in a trip to England, or want to find books on writing? The St. Tammany Parish Library is happy to offer the use of our online catalog, opens a new window to find items on this and any other topic. Happy reading and Happy Tolkien Week!