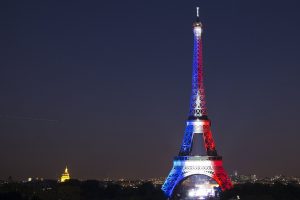 Bastille Day marks one of the turning points of the French Revolution. In 1789, France experienced severe civil turmoil as the people of France rose up against the oppression of Louis XVI, then King of France. Fearing assault from royal troops and the imprisonment of their leaders, hundreds of Paris citizens rose up and stormed The Bastille, an infamous fortress used as a munitions store and prison for perceived enemies of the king. On July 14, the citizens stormed The Bastille, and after many deaths, the garrison commander surrendered. July 14 became Bastille Day, and many  historians since date the start of the French Revolution to that day.

The first celebration of the event was held the very next year. In 1790, the citizens of Paris came together to finish construction of the Champs de Mars, where a large celebration had been planned. On July 14 of that year, the National Guard and over 200,000 people met and held mass together. Later, the Marquis de Lafayette, American Revolution hero and now General of the National Guard, and Louis XVI both took oaths to the newly written French constitution. Afterwards, Paris experienced four days of jubilant celebrations, although the French Revolution continued for several more years.

Many decades later, in 1878, another celebration of note was held in Paris. Claude Monet commemorated the occasion with one of his works. 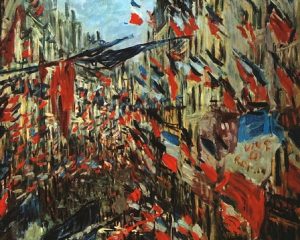 The Bastille Day parade has been an annual event since 1880. Since 1918, it has been held on the Champs-Élysées, with the exception of World War II, during which France was under German occupation; instead, French expatriates under Charles de Gaulle held the parade in London, until the Liberation of Paris. The annual Bastille Day parade remains one of the largest national military parades in the world. 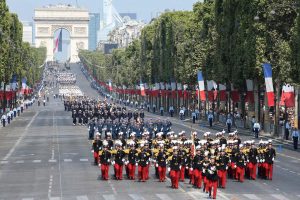 You Wouldn't Want to Be An Aristocrat in the French Revolution!

The Lacemaker and the Princess

Where the Light Falls

A Tale of Two Cities