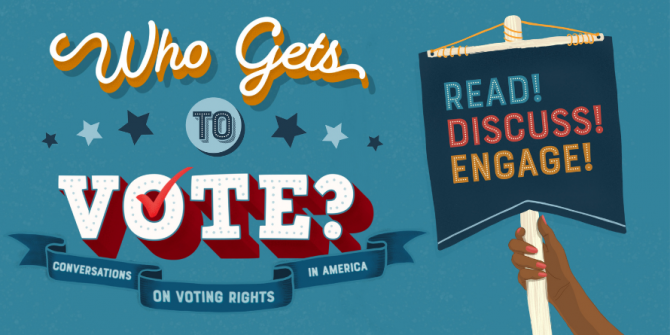 The Louisiana Endowment for the Humanities has launched “Who Gets to Vote?: Conversations on Voting Rights in America,” a new book club program focused on the history of voting—and efforts to suppress the vote—in the United States. "Who Gets to Vote?" will take place at selected public libraries across Louisiana and is part of the “Why It Matters: Civic and Electoral Participation” initiative administered by the Federation of State Humanities Councils and funded by the Andrew W. Mellon Foundation.

The discussions will take place on Monday nights at 6:30 p.m. over Zoom. Tulane professor J. Celeste Lay, PhD., will kick-off the series on February 1. Book discussions will be held on February 22, March 8, March 22, and April 12.  Participants will read the following books over the course of 10-weeks:

The events are free and open to the public, and registration is required. Space is limited to adults. The first fifteen people to register will get to keep their copies of the books. Register online.