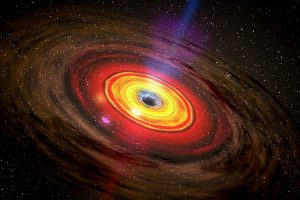 For decades now, black holes have been the center of many a science fiction story. According to the Merriam-Webster dictionary, a black hole is “a celestial object that has a gravitational field so strong that light cannot escape it and that is believed to be created in the collapse of a very massive star.”

While often a mainstay of fiction, black holes are in fact real anomalies that occur in space. For many years, black holes were considered just theory. However, on April 10th, 2019, astronomers collaborated on an international scale in order to produce the first photographic evidence of a black hole as seen below: 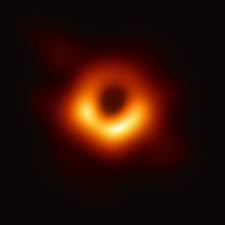 While black holes can form under many different circumstances, the most well documented situation is when a large star, often far larger than our own sun, reaches the end of its life and implodes. This implosion causes it to collapse in on itself. This immense pressure causes all matter and time itself to become incredibly distorted.

NASA continues to study black holes using satellites and the same telescopes used to produce the first photographic evidence of their existence. There is still so much we do not know about the existence of black holes and what exactly happens when one crosses the event horizon. Only time and further research will reveal more!

A link to an introduction to the scientific theory of black holes:
https://imagine.gsfc.nasa.gov/science/objects/black_holes1.html, opens a new window

Below is a link to a NASA article that goes into further detail on what exactly black holes are and how NASA is continuing to study and monitor them:
https://science.nasa.gov/astrophysics/focus-areas/black-holes, opens a new window

A fifty minute documentary that explains the birth, life, and death of a black hole:
https://youtu.be/VzWTyufdkug, opens a new window 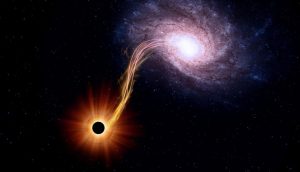