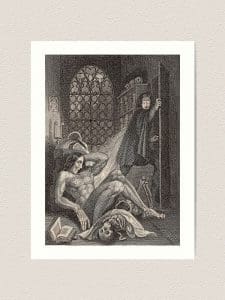 It was a dreary night of November that I beheld the accomplishment of my toils. With an anxiety that almost amounted to agony, I collected the instruments of life around me, that I might infuse a spark of being into the lifeless thing that lay at my feet. -Victor Frankenstein

Frankenstein remains a perennial favorite of science fiction and horror fans, even a few years following the 200th anniversary of its publication.

The story of one Victor Frankenstein and his creature was written by Mary Shelley and originally published anonymously on January 1, 1818. The exact origins of how she came up with the story are a little more obscure. The story itself originates from a friendly 1816 competition between Shelley, Lord Byron, John Polidori and Percy B. Shelley, Mary's future husband, to write the best horror story between them. Inspiration for the story possibly originated from a trip through Germany in 1814, when Shelley travelled the River Rhine and visited Gernsheim and possibly visited Castle Frankenstein, a hilltop castle located in the Palatinate in south-Central Germany. The castle at one time housed an alchemist, Johann Konrad Dippel, who reportedly dabbled in life elixers and body exhumation. Regardless of inspiration, Shelley's story won the contest between the writers; Shelley was 18 at the time.

The story is well known by now, after becoming immediately popular and retaining its popularity over the years. The book is largely a narrated account of one Victor Frankenstein, a recent college student. In the course of his various day to day misadventures, Victor discovers a new fundamental element of life, and uses this knowledge to bring said life to inanimate matter. Victor struggles with this newfound knowledge and uses it to construct a Creature; Victor is revulsed and the remainder of the book is between Victor's attempts to destroy his creation, the Creature's attempts to reconcile and find out why he exists, and the tragic parting between the two.

Within Shelley's life, theatrical performances based on her novel graced theaters. Shelley received criticism against her book, largely targeting her gender, but Frankenstein enjoyed praise all the same. This fame continued long after Shelley's death and eventually made it's way to cinema as well. 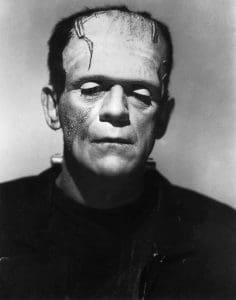 The most iconic portrayal of Frankenstein is that which was played by Boris Karloff in the 1931 Frankenstein film. The film, directed by James Whale, is based on a 1927 play by Peggy Webling. The film broadly follows the story, aside from changing Victor's name to Henry and the inclusion of a lab assistant named Fritz, who would go on to form the basis of the "Igor" character commonly associated with mad scientists. Most modern depictions of the Creature date to this film, heavily influenced by Karloff's towering frame, pale green flesh, flattop skull and metal protrusions. 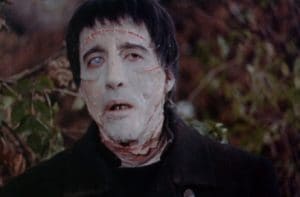 Another notable adaptation debuted in 1957, The Curse of Frankenstein. This film starred Christopher Lee as the Creature, with Peter Cushing as Victor Frankenstein. 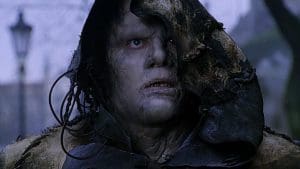 More recently, Universal released a film which homages the various classic monster movies, Van Helsing. While starring Hugh Jackman in the titular role, the film features numerous monsters in a shared universe and setting; apart from Van Helsing and Dracula, the film opens with a gritty black-and-white adaptation of Victor Frankenstein giving life to the Creature. In the film, Victor is a relatively minor role played by Samuel West, while the Creature is played by  Shuler Hensley and features much more prominently. 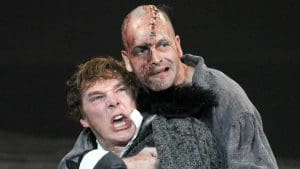 Another recent adaptation came in 2011, a theatrical production starring Benedict Cumberbatch and Jonny Lee Miller. The play is notable for having the two leads share both roles, switching alternately between Victor and the Creature.

Fans of Frankenstein can rest assured that more adaptations of the beloved novel are to come.

Want to learn more about Frankenstein? Be sure to check out these previous articles: