World War II, considered one of the darkest spots in modern human history, did not lack examples of the hardships and atrocities of war.

The battle of Stalingrad between Nazi Germany and the Soviet Red Army is arguably the most famous and perhaps first example of urban warfare and the horrors of fighting a war in a densely populated civilian area. This southern Russian city held significant strategic and logistic importance for the Soviet army. The battle began on August 23, 1942.

The never before seen reality of urban warfare in Stalingrad was unlike any other front during World War II. The German soldiers attempting to take the city began to refer to this room by room fighting as Rattenkrieg (Rat War) and would make jokes about capturing the kitchen but still fighting for the living room as most of the fighting took place in residential and industrial districts of the city. The joke wasn’t far from reality however, as some battles were fought from room to room in large residential apartment buildings.

One of the most intensely fought over parts of the city took place at a large grain elevator located in the southern part of the city. A five-day long standoff took place between the severely weakened Soviet Army 10th rifle brigade guarding the elevator and the oncoming Nazi army offense. (Glantz, 2008). 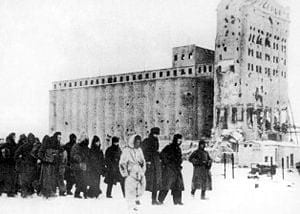 The Nazi Army became emboldened from their initial success of capturing most of the southern half of the city, but failed throughout the entire conflict to secure the central and northern parts of the city. If the Nazi Germans would have managed to successfully secure the center and parts of the north, the soviets would have lost access to their resupply routes via ferry shipments across the Volga river. If the soviets had failed to maintain their supply routes there’s a very good chance the outcome of the battle for the city would have been different.

On November 19th, 1942, the Soviets launched Operation Uranus in retaliation of the attacks and blockades keeping Nazi Germany with majority control of the city. The key to the operation was to attack the German defense at its weakest point, the northern flank of the German army held by the Romanian 3rd army. The Romanian army stood little to no chance against the aggressive offense of the Soviet Army, spelling the end for the German control of the city. 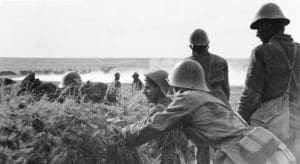 Romanian 3rd army troops in the fields outside of Stalingrad.

The Nazi Germany surrender was declared under the command of Generalfeldmarschall (General field marshal) Friedrich Paulus, who disobeyed direct orders from Adolf Hitler himself instructing Paulus to fight to the last man. German surrender began on January 31st and the final regiments of the Nazi forces in the city laid down their weapons on February 2nd, 1943. This final surrender brought the horrendous battle for the city to a bittersweet conclusion. Much of the city was decimated in the battle, with the city center reduced to rubble. Stalingrad was seen as the greatest defeat in the history of the German Army and was the first German loss in World War II that signaled Nazi Germany’s inevitable defeat.

Grossman, V. (2020). The Battle of Stalingrad: Gerald McGhie reflects on a famous novel about one of the defining struggles of the Second World War. New Zealand International Review, 45(5), 26–28.

Please Note: In order to bring you new and interesting titles, Hoopla content is updated monthly, and these titles may not be available in the future. To find the latest titles, please visit www.hoopladigital.com.