Folktales generally consist of stories passed down from generation to generation. These stories go by many names throughout the years such as fairy tales, fables, old wives’ tales, and oral tradition. While folktales are normally attributed to the stories passed through oral tradition, fables are considered the written literary counterpart. These stories vary wildly in the world, as stories told in multiple cultures often have different spins or changes to accommodate the society and culture it is being adapted to. 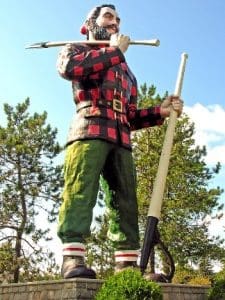 Paul Bunyan: Famous fictional lumberjack and American folk hero. He is usually famously accompanied by his companion, a giant blue ox named Babe. He is depicted as a logger of large stature, great physical strength and almost unrivaled skill in his trade. 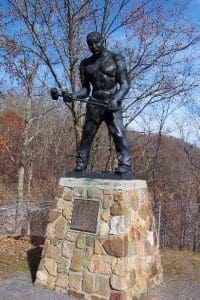 John Henry: A fictional African American freedman, or former slave, and legendary steel driver in the early industrial period of the United States. While John Henry’s exploits are fictional, his stories are based on a real person. 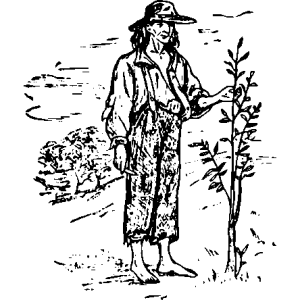 Johnny Appleseed: A real-life American pioneer nurseryman who introduced apple trees to many places in the United States. He became a sort of living legend later on in his life for his generous ways and his leadership skills in conservation. 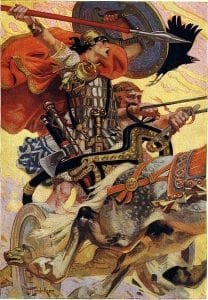 Cu Chulainn: A warrior hero and demigod in Irish mythology whose tales are a large part of the Ulster cycle in the Irish mythos. He was born Setanta, but took the name Cu Chulainn, after killing the guard dog of black smith Culann in self-defense.

He is known for single handedly defeating entire armies with only Gae Bulg, His legendary spear, and falling into a battle frenzy where he can tell apart neither friend or foe. 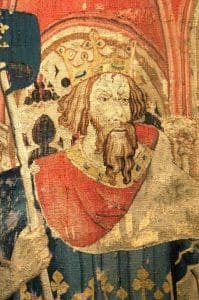 King Arthur: A legendary British leader and perhaps the most well-known mythical hero from Britain. The stories of King Arthur as we know them today were written by 12th century French writer Chretien de Troyes. This version was the first to include the “Holy Grail” and was used in most of the more modern retellings of Arthurian legends as a foundation. The legendary knights of the round table were also taken from De Troye’s version.

The tales of King Arthur became of international interest through the mostly fictitious but highly imaginative Historia Regum Britanniae by Geoffrey of Monmouth in 1136. These “historical” tellings are for the most part fantasy, though aspects of the stories are believed to have been based on real events. While this has been proven recently to not be as true as once believed, it is for this reason that some believed King Arthur actually existed in some fashion in 5th or 6th century Britain. 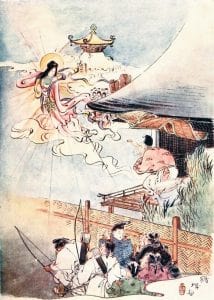 Princess Kaguya: A monogatari (fictional prose narrative) written in the late 9th or early 10th century during the Heian period in Japan. The tale centers around a baby girl who was discovered in the stalk of a glowing bamboo plant by a childless elderly couple. The tale ends with the princess growing up in Japan and revealing that she is actually from the moon and that she must return back to her kingdom. 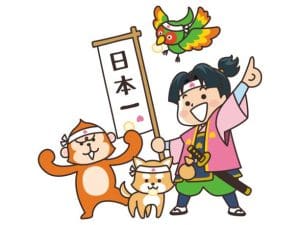 Momotaro: translated into English as “Peach boy”, tells the tale of a warrior boy born from a peach and raised by an elderly couple. The tale has many similarities in the beginning as the Princess Kaguya tale. When Momotaro had grown older he gained his fame by destroying the Oni (demons) stronghold near his village.

Many of these stories and more like them have been adapted into movies, video games, and plays. Disney is known for using folktales as a basis for many of their classic movies. Studio Ghibli has also created animated movies inspired by folktales such as Princess Kaguya and Ponyo, which is based on the Little Mermaid folktale.

There are countless tales and stories told through the history of humanity. There are far too many to cover here, but we have many books available through the St. Tammany Parish Library!