Fans today are living in a Golden Age of movies based on comic books. Kids, teenagers, and adults have grown up on the exploits of superheroes since the 1910's, and more recently in film as well. Among the many comic book producers, few were as prominent and  beloved as Marvel Comics. It was small wonder that they began to produce movies of their own. 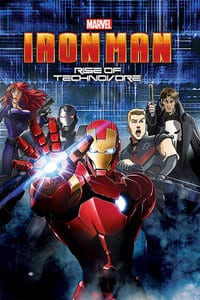 After Thor: Tales of Asgard, Marvel seemed content to tie their animated projects into the MCU. Moving forward, they would stick to this plan sometimes, and whether they did or not, the results were usually middling. Iron Man: Rise of Technovore released in 2013 just before Iron Man 3 kickstarted Phase 2 of the MCU. The film features a new technological virus created by Ezekial Stane, son of the villain from the Iron Man, and his plans to infect the human species with it using a recently made satellite created by Tony. To stop him, Tony must team up with other heroes, including War Machine, Black Widow, Hawkeye, and the Punisher. Despite not being officially part of the Marvel Cinematic Universe, or being released theatrically, or even being a particularly good movie at all, the film still plausibly fits into the timeline of events. 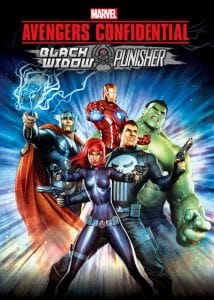 Marvel followed up with a sort-of sequel, also co-produced by animation company Madhouse. Avengers Confidential: Black Widow and Punisher reunites the pair of agents for another mission, this time trying to stop the terrorist organization LEVIATHAN from creating super-soldiers using blood samples of the Avengers. This was another almost-plausible film, if not for the surprise addition of Captain Marvel. The film released on DVD in 2014. 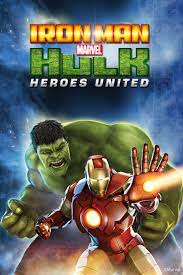 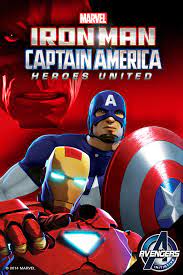 Concurrent with the deal with Madhouse, Marvel Animation also worked on a new project. Harkening back to the previous series of animated films, Marvel Heroes United produced two films, aimed at a somewhat younger audience compared to the two Madhouse works. In Iron Man and Hulk, the two heroes unite to fight off Hydra and their new monster Zzzax. In Iron Man and Captain America, the two heroes team up to fight both Red Skull and the Taskmaster. The two movies are not particularly excellent, but they are notable for using the "2-D wrap" method to combine traditional comic-style art with 3D models and texturing to create a better CGI experience. 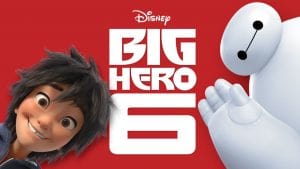 By far the biggest project of the animated Marvel movies was a full-blown Disney film. Shortly after purchasing Marvel Comics, Disney began work on a film covering a lesser known property, Big Hero 6. Loosely based on the 1998 comic series, the film is set in San Fransokyo, combining Tokyo with San Francisco. Hiro Himada is a 13-year old genius whose invention was stolen for nefarious ends. He must team up with his brother's invention Baymax, as well as his older brother's friends, in a quest to bring the thief to justice. The film released as a major Walt Disney Pictures film, and made over $600 million against a budget of about $100 million. The movie went on to inspire a long-running television on Disney XD, and an upcoming series on Disney+. 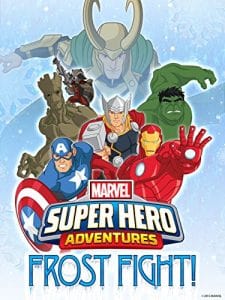 Marvel Super Hero Adventures: Frost Fight! is a relatively short film based on the Marvel Super Hero Adventures television series, also on Disney. By 2015, six years after the purchase, Marvel was fully integrated into the Disney Catalog. The show is a light-hearted attempt of showing the various adventures of Marvel's superheroes, compared to the somewhat more mature offerings such as Avengers Assemble and Ultimate Spider-Man. This film was available digitally on-demand. 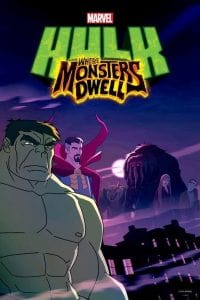 Hulk: Where Monsters Dwell is set within the same continuity as the aforementioned Avengers Assemble TV series. Serving as somewhat of a Halloween special, the film stars the Incredible Hulk and Dr. Strange as they team up with other monstrous super-heroes and battle various villains such as Rorgg, Sporr and Zzutak. 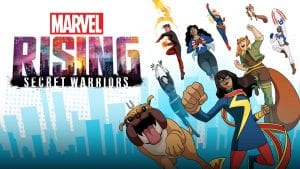 Marvel Rising is the newest, and in many ways the most interesting of the animated films. Aimed at a tween and teenage audience, Marvel Rising focuses on the story of many upcoming 'Young Avengers' and their allies. Many of these heroes are recent additions to the Marvel catalog, such as Kamala Khan as Ms. Marvel, Ghost Spider/Spider-Gwen, Riri/Ironheart and America Chavez/ Miss America. Notably, the films premiered on Youtube, varying from 20 to over 40 minutes long, with each film serving as an introduction to a particular character. The longest one, Secret Warriors serves as a sort of pilot for the franchise, and showcasing their first adventure as a team.

Wait, we're missing one? Eagle-eyed readers might be worried about us snubbing Sony's Spider-Man: Into The Spider-verse, but don't worry, we already covered it! You can read about it and other Spider-man films here, opens a new window.

Thanks for reading! We'll be covering Marvel's catalog of Made-for-television movies next!

Also feel free to check out the rest of the STPL Bloggers, opens a new window. We are always posting articles on interesting and informative topics so feel free to browse around.