Fans today are living in a Golden Age of movies based on comic books. Kids, teenagers, and adults have grown up on the exploits of superheroes since the 1910's, and more recently in film as well. Among the  many comic book producers, few were as prominent and beloved as Marvel Comics. It was small wonder that they began to produce movies of their own. 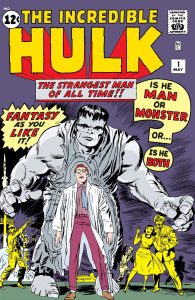 Fans of the Marvel Cinematic Universe might be surprised to know that the hero with the biggest film history of all the characters is actually the Incredible Hulk. He may have had only one MCU film under his belt for himself, but including his minor roles in the Avengers films, Thor: Ragnarok, an earlier 2005 film, and much earlier films based on the 1970s television show, the Strongest Avenger has everyone beat. 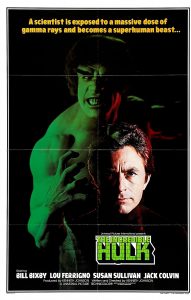 As mentioned above, the earliest films date to the 1970s, based on the popular live-action television show starring Bill Bixby and Lou Ferrigno. The first two films served as pilots to the television series, and in was distributed in some countries as a feature film. The Incredible Hulk and its sequel The Return of The Incredible Hulk were two-hour films, aired in two-parts during television syndication. Bixby plays scientist David Banner who is afflicted with a Gamma Ray radiation mutation that turns him into the Hulk whenever he is angry. He spends much of the movies, and the series overall, on the run trying to come to terms with his condition and find a cure while occasionally performing heroics. 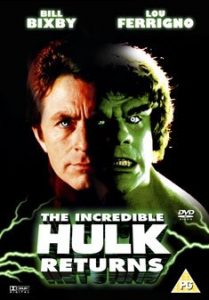 The rest of the movies take place after the five season series. First was The Incredible Hulk Returns in 1988. As mentioned in our previous blog on Thor, opens a new window, this film stars the big green giant alongside a new hero: the mighty Thor! Mild mannered scientist Donald Blake uncovers an artifact hammer that belonged to and contains the soul of the Norse deity. The Hulk and Thor must team up to stop the mafia from weaponizing the latest potential Hulk cure. 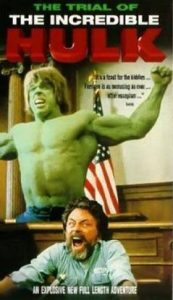 Boy, the Hulk sure was busy, wasn't he? As mentioned in another earlier blog covering the superhero known as Daredevil, opens a new window, the our favorite green giant found himself starring in The Trial of The Incredible Hulk. Here he is put on trial for crimes he did not commit, defended by Marvel Comics' star attorney, Matt Murdock. Together, the team must prove the Hulk's innocence and also take down the local mob, led by none other than Wilson Fisk, the Kingpin. The film is notable for being fairly faithful to the comic origins of Daredevil, despite the low budget and terrifying film poster. 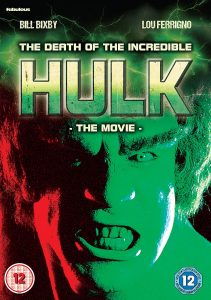 Not to be outdone, Bixby and Ferrigno went out one more time as the iconic team in The Death of the Incredible Hulk. Released in 1990, David is trying to find a cure for his transformation. Led to a university lab, he must contend with late-Soviet spies to figure out the formula that will fix him for good. Instead, the Hulk goes out one more time to protect new friends and stop the spy's plot, resulting in David finally getting cured, at the cost of his life. Death would not have been the end for the characters had the studio's plans for a sequel (The Revenge of the Incredible Hulk) been allowed to progress, but Bixby struggled with cancer and died himself in 1993, putting all plans to continue the continuity on indefinite hold.

From 1990, the Marvel cinematic catalogue languished for several years, until the successful launch of Blade in 1997, followed by X-Men and Spider-Man. The 20th Century Fox and Sony productions dramatically increased interest and profitability in Marvel Comics movies and superhero films in general. 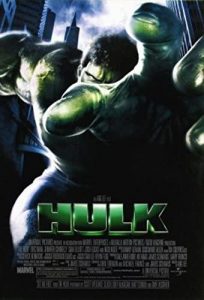 With Bixby out, Marvel wanted a new direction forward and the earliest work on what would become Hulk date to 1990. A variety of producers and writers came and went before the film finally began making progress with Ang Lee attached as director. Eric Bana stars as Bruce Banner, properly named for the first time , in a true-to comics recreation of the Hulk's story. Banner is working in a military-funded lab alongside his girlfriend Betty Ross, played by Jennifer Connelly, when Bruce is accidentally exposed with gamma radiation. The freak accident triggers a genetic mutation dating back to illegal experiments conducted by Bruce's father, resulting in the Hulk, who must now reckon with his dangerous father as well as the United State military, here represented by Betty Ross' overbearing father General Thaddeus Ross, played by Sam Elliot. The film scored above average and performed well at the theater, though shy of $150 million domestically.

Work immediately began on a follow-up. James Schamus began writing a new script, featuring The Leader and Abomination as villains, targeting a 2005 release. Universal Studios failed to make deadlines however and the planned sequel was put on hold for a few years.

Everything changed in 2007 with the release of Iron Man and the start of the Marvel Cinematic Universe.

Behind the scenes, Marvel Comics and Marvel Studious spent most of the late 90s and 00s recovering from bankruptcy and near-dissolution. The success of the X-Men and Spider-Man in film gave renewed confidence to the struggling company. Moving forward, Marvel wished to retain full creative control of its remaining assets while reacquiring some of their losses. One of the first characters to be reacquired was the Hulk. As part of their new film strategy, focusing on the Avengers, Marvel pushed forward with a new Hulk film. 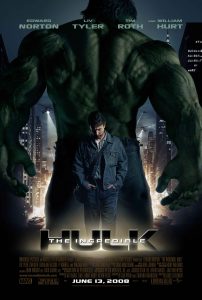 In 2008, Marvel Studios released The Incredible Hulk. The film is a mix of a sequel and reboot, following the basic script written by Schamus and clearly set after the first film, but with a whole new cast. Edward Norton plays Bruce Banner, hiding in Latin America while trying to cope with his alter ego and find a cure. His girlfriend and coworker Betty, now played by Liv Tyler, is under government surveillance while her father Thaddeus Ross, William Hurt, is hunting him down. The film was a modest success, roughly on par with the 2003 film, minus the massive marketing campaign. Marvel was still reeling from the tremendous success of Iron Man, so noone batted an eyelid, save perhaps Norton, who walked away from the series.

Moving forward, the characters of the Hulk franchise were incorporated into the ever-expanding Cinematic Universe. While The Incredible Hulk remains the most recent titular adventure of the strongest Avenger, the Hulk has starred in other films as well. 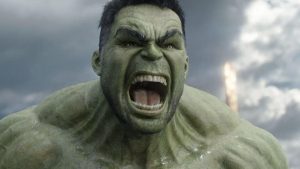 In 2012, the Hulk joined the cast of The Avengers, now played by Mark Ruffalo. In the film, Bruce Banner is recruited to help locate the Tesseract, recently stolen by Loki. By the end of the film, Banner's angrier half takes center stage and helps defend New York from the Chitauri and Loki. 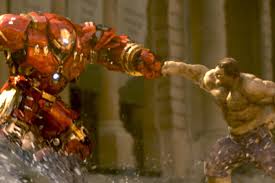 The Hulk featured prominently again in 2015's Avengers: Age of Ultron. The Hulk is fooled by the Scarlet Witch into attacking a nearby city. Iron Man must don his new Hulkbuster armor to stand up to the Green Giant and put an end to his rampage. The film also features a romantic subplot with Black Widow.

The Hulk disappeared for a few years before resurfacing on planet Sakaar in Thor: Ragnarok. The Hulk reigns supreme as gladiatorial champion, while also having been in control of his shared body for several years. Thor teams up with the Hulk to escape the planet and defeat his evil sister, Hela, and save Asgard before Ragnarok destroys it. 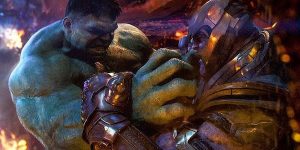 The Hulk and Thor don't have long to enjoy their victory, however, when Thanos shows up looking for some impressive movie macguffins to go in his new Infinity Gauntlet. Thanos has a brief fight with the Hulk and wins, allowing Bruce Banner to enjoy the spotlight. Fans do get treated to a fun battle with Bruce wearing the Hulkbuster armor though! 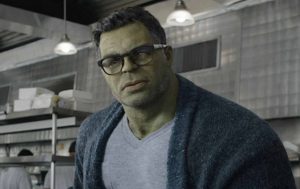 The latest, and so far final, outing fir the Hulk is 2019's Avengers: Endgame. The Hulk is once again a pivotal member of the team, having finally learned to coexist with Bruce Banner. After failing to stop Thanos and enjoying a few years of peace and celebrity status, he is recruited to help create a time machine that the Avengers can use to undo Thanos' work and put an end to him once and for all. At least until someone uses the time machine to go back and prevent it.

There are currently no plans in the future to revisit The Hulk, with one exception: Disney+ is working on bringing Bruce Banner's cousin to life as She-Hulk. Look for her in 2022 and stay tuned for a future blog!

Looking for something else? As always, the St. Tammany Parish Library is happy to offer use of our online catalog, opens a new window for more information on this and other topics of interest.

You can also check out the rest of the STPL Bloggers and see what else we are writing about. There's always a new fun and informative blog around the corner so stay tuned!