Looking for part-1 of the X-Men Retrospective? Click here!, opens a new window

In 2004, 20th Century Fox hired Sheldon Turner to write a draft for a potential prequel film set in the X-men franchise. At the time, production was underway for X-Men: The Last Stand, which ended the stories of several characters who had been involved at the time. Many movie studios, dating back to Star Wars and The Godfather, insisted on a film series being comprised of three segments, and the X-Men franchise had followed the trend. Turner's treatise centered on a young Magneto, and the story of how he survived Auschwitz and became the series villain. The magneto film never made it out of the planning stages. Instead, 20th Century Fox and the producers took inspiration from the X-Men First Class comic book, and Magneto's origin story formed the basis of a new movie. 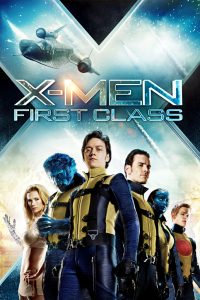 X-Men: First Class explored the origins of the X-Men team. Sebastian Shaw is a dangerous scientist, employed by the Nazi regime to research mutants and other super humans as part of Aryan philosophy. Eric Lehnsherr endures Shaw's cruelty at Auschwitz, where he is trained as an assassin. After the war, the vengeful Eric is busy hunting down Shaw and the other men who tortured him, when he becomes involved with Charles Xavier and the FBI, who are also trying to put a stop to Shaw's plans for nuclear war.

First Class enjoyed success and acclaim, while also breathing life into the series. Due to the much earlier setting of the film, all of the characters were recast, including James McAvoy as Xavier, Michael Fassbender as Eric, and Jennifer Lawrence as Mystique. The film's success immediately led to future films.

After a cameo in First Class as his younger self, Hugh Jackman's Wolverine returned to the big screen in The Wolverine, as discussed in our previous blog. Toward the end of the movie, Wolverine runs into Professor Xavier and Magneto again and learns about a new threat, teasing the next movie. 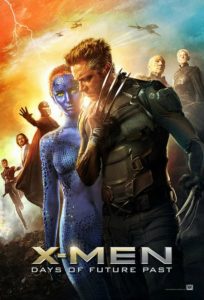 As early as 2006, producers at 20th Century Fox worried about the future viability of X-Men movies. The solution came readily in the form of a story dating back to 1981, in The Uncanny X-Men. One of the most regarded adventures to come out of that comic, and out of X-men comics in general, was "Days of Future Past". The story relates a dark future in which mutants and humans alike are persecuted and hunted by evil robots called Sentinels, due to the assassination of a United States senator. One member of the team, Kitty Pryde, is tasked with phasing her mind back to the past to prevent the assassination and avert the future.

The story has been adapted and referenced a variety of times, most famously in the 1991 X-Men television show. This adaptation relied on another character, Bishop, actually time-travelling to prevent the same events. After the success of First Class, Fox sought to renegotiate the various actors that had been involved in the series so far, including some that had died on screen. A script based on "Days of Future Past" allowed them to do just that, by stopping the dark future of the franchise and bringing back fan favorite characters who had since left the series.

In 2012, Bryan Singer returned to the director's chair and production began on the film. Over the course of several months, move and more actors returned to their familiar roles, including the original movie cast of Patrick Stewart, Ian McKellan, Halle Berry, Hugh Jackman, Famke Jannsen, Anna Paquin, Ellen Page, Kelsey Grammer and more. The movie introduced Omar Sy as Bishop, Evan Peters as Quicksilver and Peter Dinklage as Bolivar Trask, among others.

An abbreviated production schedule conflicted with the amount of scenes shot in the film. To meet deadline, Days of Future Past cut out more than thirty minutes of extra scenes, which were later added back into the special edition of the film, subtitled The Rogue Cut. As the name suggests, many of these scenes featured and referenced Anna Paquin's Rogue, who played a larger role in the original story.

The film saw massive success and rekindled the series for several more years. In fact, it united both parts of the series, establishing the connected timeline, and laying the groundwork for more stories to tell. 20th Century Fox followed up with two sequels: Logan, which concluded Wolverine's story after Days of Future Past, and an immediate sequel set in the 80's. 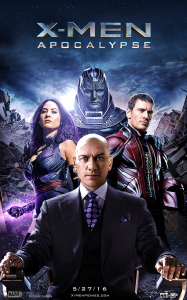 Shortly before the release of Days of Future Past, 20th Century Fox revealed the next film to be based on popular villain Apocalypse. Set in the 1980's and influenced by the comics following Days of Future Past, X-Men: Apocalypse pits the cast of the previous films against the original, and most powerful, mutant in history. The film found success, although not quite as much as the previous film, though a majority of actors received praise for their roles.

The final film to be released came earlier this year: X-Men: Dark Phoenix. With much of the original cast back in the story, albeit younger and portrayed by new actors, 20th Century Fox wanted to return to the fan-favorite Phoenix Saga storyline. The story debuted in Uncanny X-Men #101, in which Jean Grey is contaminated by cosmic radiation during a mission, developing the Phoenix personality to disastrous results. The story has been returned to and adapted in numerous media, including X-Men: The Last Stand. For Dark Phoenix, the producers hewed closer to the original storyline, involving the Shi'ar and the cosmic radiation while forgoing original elements of the older movie. 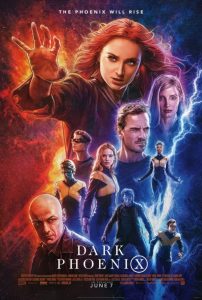 On a $200 million budget, Dark Phoenix only made $252 million worldwide, by far the worst showing for the series. Critical responses varied, though most argued that while the various components are fine on their own, the overall product was overblown and tired. On paper a good movie, but somehow the result was not-quite up to the standards that had been set up.

Where does  that leave the future of the X-men films? Why with the Marvel Cinematic Universe, of course! Shortly after the release of Dark Phoenix, Marvel and Disney announced their intent to integrate the X-Men into the MCU. No film titles or dates have as yet been announced, but expect to hear more from the X-men!

Stay tuned for the next segment of our Retrospective as we explore the history of the Spider-man films.