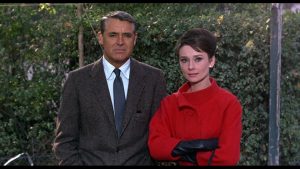 Audrey Hepburn is most famously known for her humanitarian efforts with UNICEF and her starring role as Ms. Holly Golightly in the beloved classic, Breakfast at Tiffany’s. The multi-talented Belgian actress was also highly regarded as a stage play performer.

She was born in Brussels, Belgium in 1929. Her mother moved to the at-the-time neutral country of the Netherlands in order to escape the rise of Nazism in Europe. They faced many hardships in Nazi-occupied Holland, but Audrey still managed to hone traditional skills such as ballet in Amsterdam and London. It was her skill in ballet that eventually landed her a role in the stage play adaption of the novel Gigi. After her last film in 1976, she focused exclusively on UNICEF efforts to help children worldwide in famine-stricken countries in Latin America, Africa, and parts of Asia.

On January 20th, 1993 Hepburn died in her sleep at her home in Switzerland after a battle with intestinal cancer. She left behind a variety of classic movies and a legacy of caring for the less fortunate among us.