February is national cherry month, and there's no better way to celebrate than with a delicious cherry inspired dish! Check out the following recipes below to find your new favorite way to enjoy cherries. 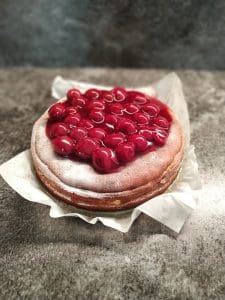 AtoZ Cherry Cheesecake Recipe, opens a new window
This classic dish is often paired with a cherry sauce topping or cherry pie filling! Cheesecake can be served baked or unbaked and is often stored refrigerated.

Cheesecake was believed to have been a popular dish in Greece and mentions of the dish can be found in the writings of Cato the elder and Greek Physician Aegimus. The modern style cheesecake however is based off the English version created around 1390. Various versions of Cheesecake recipes can be found in cultures around the world such as South Africa, Japan, Russia, and the Philippines. 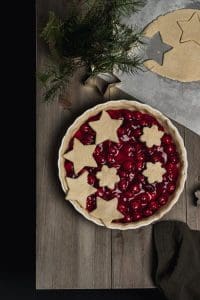 AtoZ Cherry Pie Recipe, opens a new window
A traditional pie baked with a cherry filling. Cherry pies are often baked with sour cherries rather than sweet ones though sweet cherry pies are also enjoyed by many.

While Cherry pie is enjoyed worldwide, it is often considered a traditional American dessert. The pie is often served with whipped cream or ice cream.

Cherry Cobbler
AtoZ Cherry Cobbler Recipe, opens a new window
Cobbler’s are often prepared by pouring a fruit filling into a large baking dish and covering the fruit with batter or biscuit dough before placing it in the oven to bake. Cobbler is a unique British American colony dessert.

Cherry Strudel
AtoZ Cherry Strudel Recipe, opens a new window
Cherry Strudel is a pastry introduced by German and Austrian immigrants to America. Strudel means “whirlpool” or “eddy” in German. This name describes the act of the thin pastry layers rolled up several times around a fruit filling before being placed in the oven to bake. This dish is popular in the Midwest and Northeast where cherries grow in abundance.

Cherries Jubilee
AtoZ Cherries Jubilee Recipe, opens a new window
A cherry sauce that is often served over ice cream and other desserts. Kirschwasser, or cherry water, is a type of brandy that is often used to create the jubilee. Both the liquor and the cherries themselves are flambeed before being implemented in the dish.