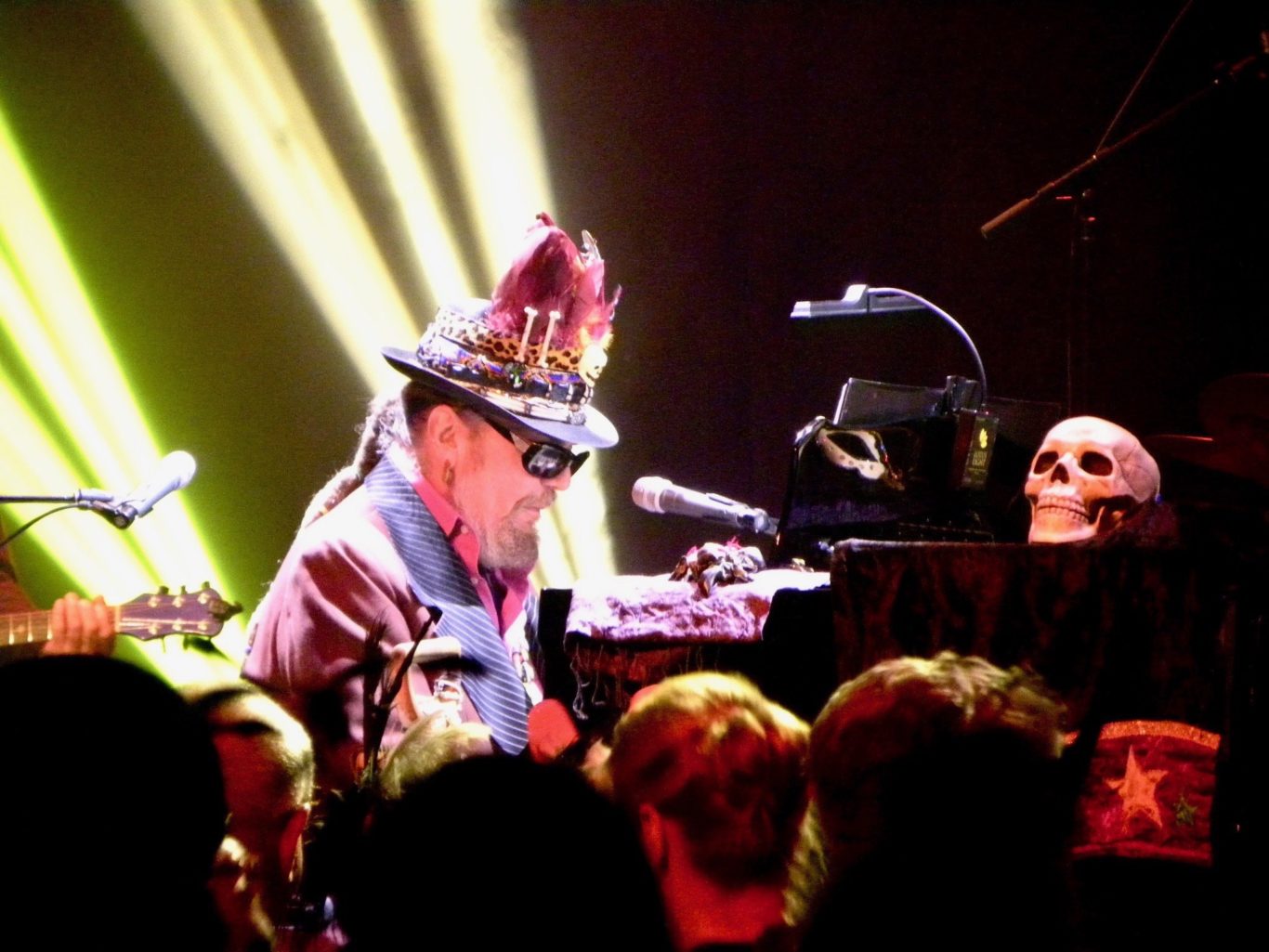 Dr. John, born Malcolm John Rebenack, Jr., passed away on June 6, 2019 at the age of 77. He was an iconic New Orleans singer/songwriter who made national fame with his unique vocals and music with an unmistakable New Orleans feel of blues, pop, jazz and boogie woogie. Interested in voodoo as a young man, his lively stage presence reflected that with his costumes, his albums and theatrical shows.

Dr. John won six Grammy awards and was inducted into the Rock and Roll Hall of Fame in 2011 and into the Louisiana Music Hall of Fame in 2008. He recorded 30 albums during his career and received an honorary doctorate in Fine Arts from Tulane University in 2013. His 1973 song Right Place, Wrong Time hit top 10 status and in 2008 released his Grammy award winning album, City that Care Forgot referring to the Crescent City and the devastation from Hurricane Katrina. He did much songwriting and session work with other musicians throughout his life.

Dr. John also did some music that kiddos might recognize. He performed the end credits song Cruella De Ville for the 1996 Disney's 101 Dalmatians movie, sang the opening song, Down in New Orleans in Disney's 2009 film The Princess and the Frog and performed the opening theme to the children's program Curious George on PBS. You can celebrate his life and legacy with his collection of music and books available at the St. Tammany Parish Library.

Under A Hoodoo Moon

Goin' Back to New Orleans