The Vault is the FBI's new FOIA Library, containing 6,700 documents and other media that have been scanned from paper into digital copies so you can read them in the comfort of your home or office.

Maps of the CIA

The Maps of the CIA gives a listing of unclassified maps available to the public.  Visitors can browse through the wide variety of maps offered by clicking on the drop-down menu and selecting a country. These maps are in the public domain and may be copied freely without permission of the Central Intelligence Agency (CIA).

The government printing office keeps America informed by distributing the official publications and information products of the federal government in digital and printed formats.

Learn the steps to start a small business, get financing help from the government, and more.

The Central Intelligence Agency publishes and updates the online directory of Chiefs of State and Cabinet Members of Foreign Governments weekly in this World Leaders database. The directory is intended to be used primarily as a reference aid and includes as many governments of the world as is considered practical, some of them not officially recognized by the United States. Regimes with which the United States has no diplomatic exchanges are indicated by the initials NDE.  Governments are listed in alphabetical order according to the most commonly used version of each country's name.

Acts of the Legislature

Acts passed by the Legislature of the State of Louisiana.

Find business entities, officers and agents on file with the Secretary of State.

The Louisiana Administrative Code is a state-certified publication that provides a set of rules which have been formally adopted or amended by Louisiana state agencies.

A searchable website where citizens can see a greater level of detail on how and where taxpayer dollars are being spent—down to the check level. More and more information will become available as all state agencies migrate into a modern financial system, known as LaGov, and that data is tapped.

Find sample test questions, register for testing, or get up to date information about the Louisiana civil service exams.

Resources and information for those seeking a civil service job with the State of Louisiana.

Louisiana law requires that state agencies submit copies of their publications to the Recorder of Documents, located within the State Library, for distribution to depository libraries throughout the state via the Louisiana Public Document Depository Program (PDDP).  Libraries participating in the depository program include Louisiana academic, public, and special libraries and the Library of Congress in Washington, D.C.

This is the official website for the Council that advises the State Librarian and the Recorder of Documents on matters concerning the Louisiana Public Document Depository Program. The Council’s legal authority is stated in the Louisiana Administrative Code, Title 25:§4107, promulgated in accordance with the Louisiana Revised Statues Title 25:122(B).

State agencies are allowed to fulfill their statutory obligation to participate in the Depository Program by providing documents in electronic format. The primary goal of the Digital Archive is to provide the public with permanent access to these digital publications that state agencies submit. Louisiana state documents, print and digital, are cataloged in the online catalog of the State Library and are available for use by all libraries regardless of depository status.

The official site of the Louisiana Legislature. Contains the laws of the state.

A state government portal that is maintained by the State of Louisiana Division of Administration. The DOA redesigned this site to provide quick access and guidance to online services and other resources provided by Louisiana State Government.

Includes information on growing a business, doing business with the state, employment in the state and business licenses. 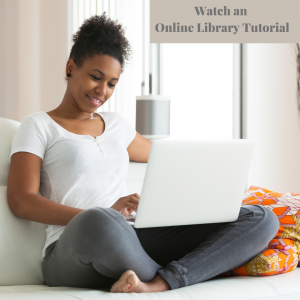